Zehra Doğan is a Kurdish journalist and artist from Amed, Turkey. She was editor of JINHA, a feminist news agency, until she was jailed for depicting the destruction of Kurdish city Nusaybin by Turkish security forces in one of her painting, which was deemed an act of terrorism by the Turkish state. Following her sentence, Zehra Doğan wrote on twitter, ‘’I was given two years and 10 months [jail time] only because I painted Turkish flags on destroyed buildings. However, they [Turkish government] caused this. I only painted it.”

In November 2017, Chinese dissident artist Ai WeiWei published a letter he wrote in solidarity with Doğan’s case, drawing parallels between Chinese and Turkish repression of artistic expression. On 16 March 2018, England-based graffiti artist, Banksy unveiled a mural in New York showing black tally marks for the days of Doğan’s imprisonment, with one set becoming bars behind which Doğan’s face looks out from jail. 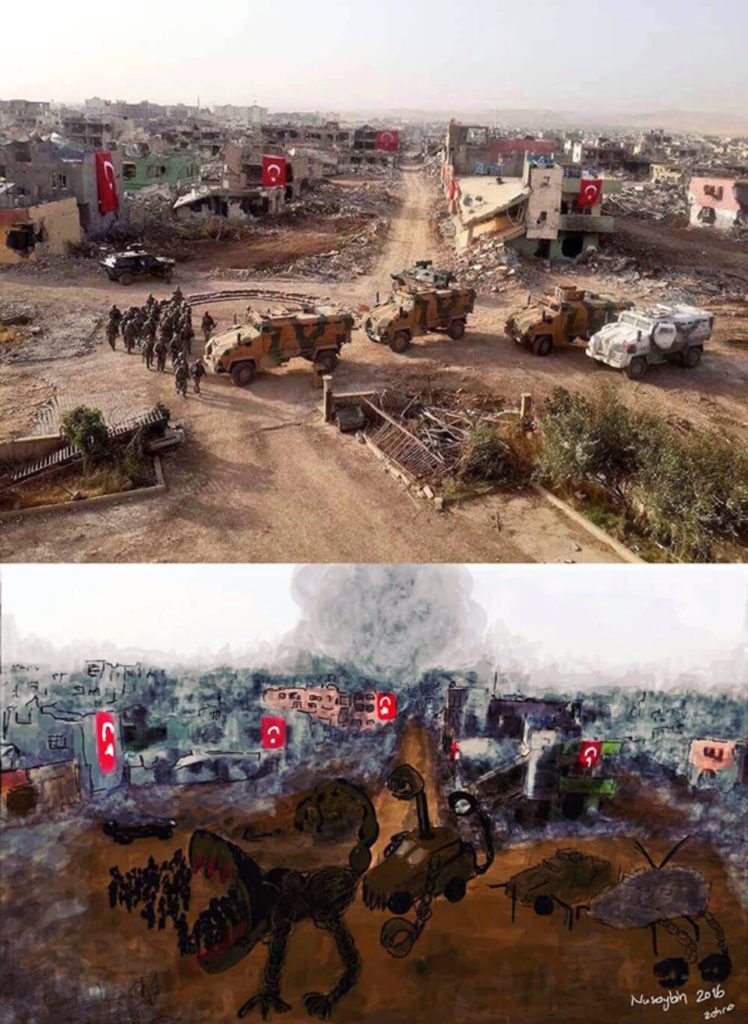