In 2018, Brush&Bow worked with the local NGO Mishwar in northern Lebanon to create several murals on the walls of two refugee camps with its residents. The project aimed to create a process where all members of the community felt comfortable to participate and re-imagine the architecture of the space. We spent multiple days on creating the mural, first sketching designs in charcoal on the walls, and creating a festive feeling with music and games.

The aim of this project was to make a beautiful space for people to play and relax in, but also to address some of the mental health issues that may arise from being confined, with a lack of personal agency, and instead feel a sense of pride in recreating their surroundings. 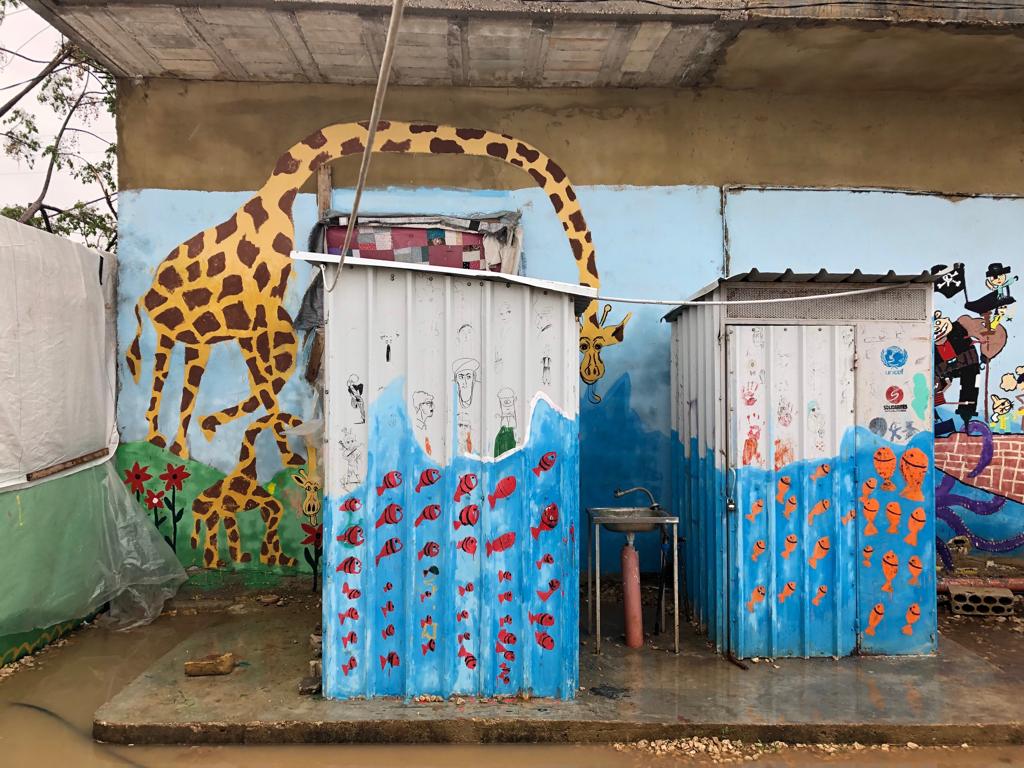 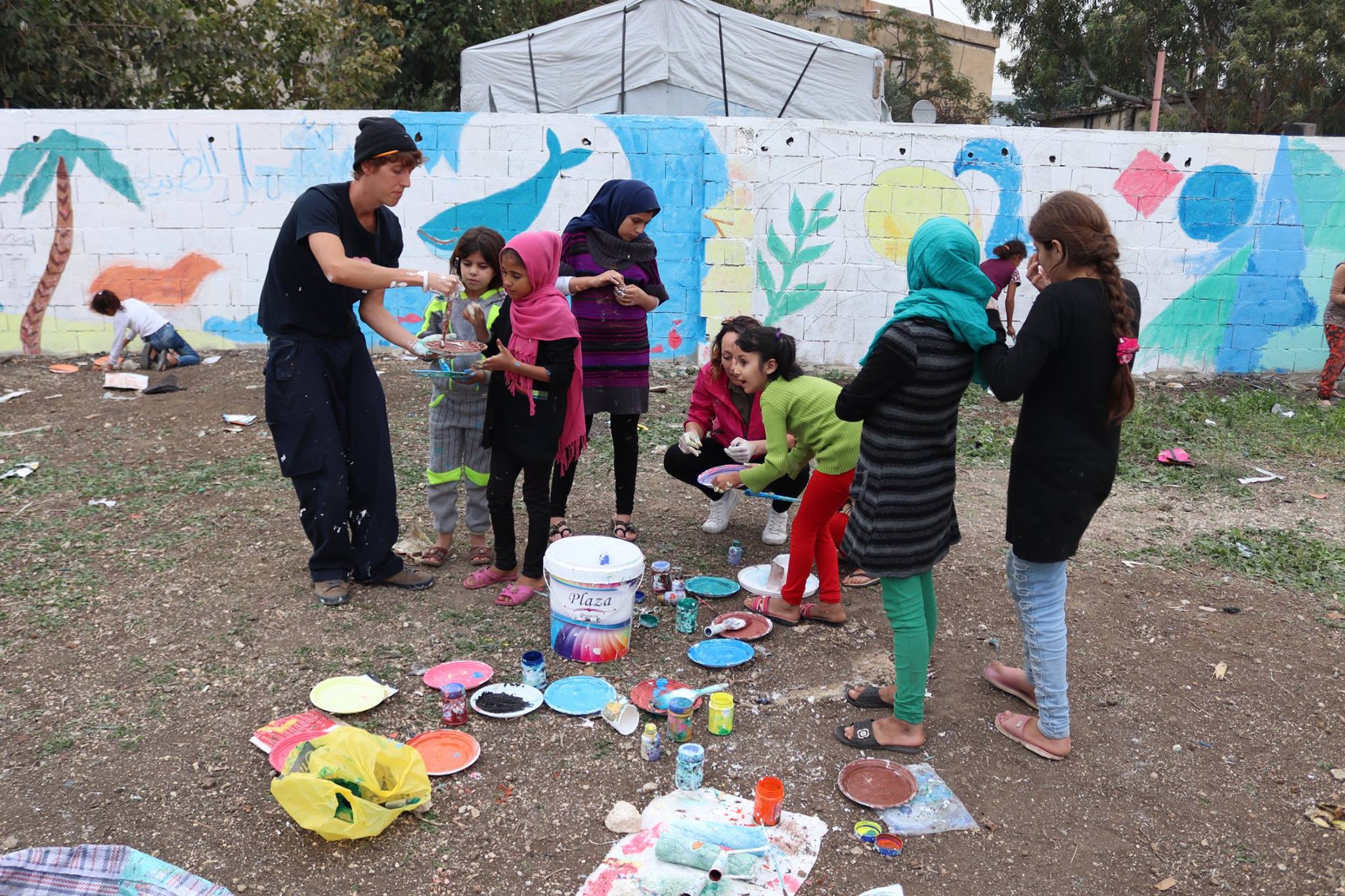 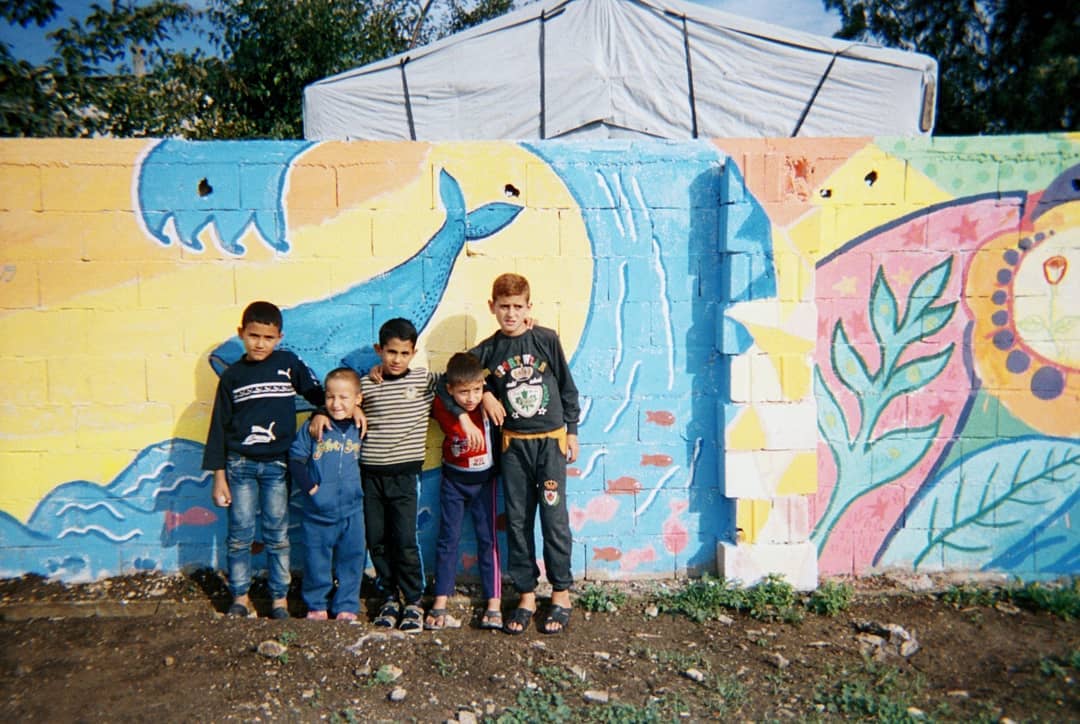 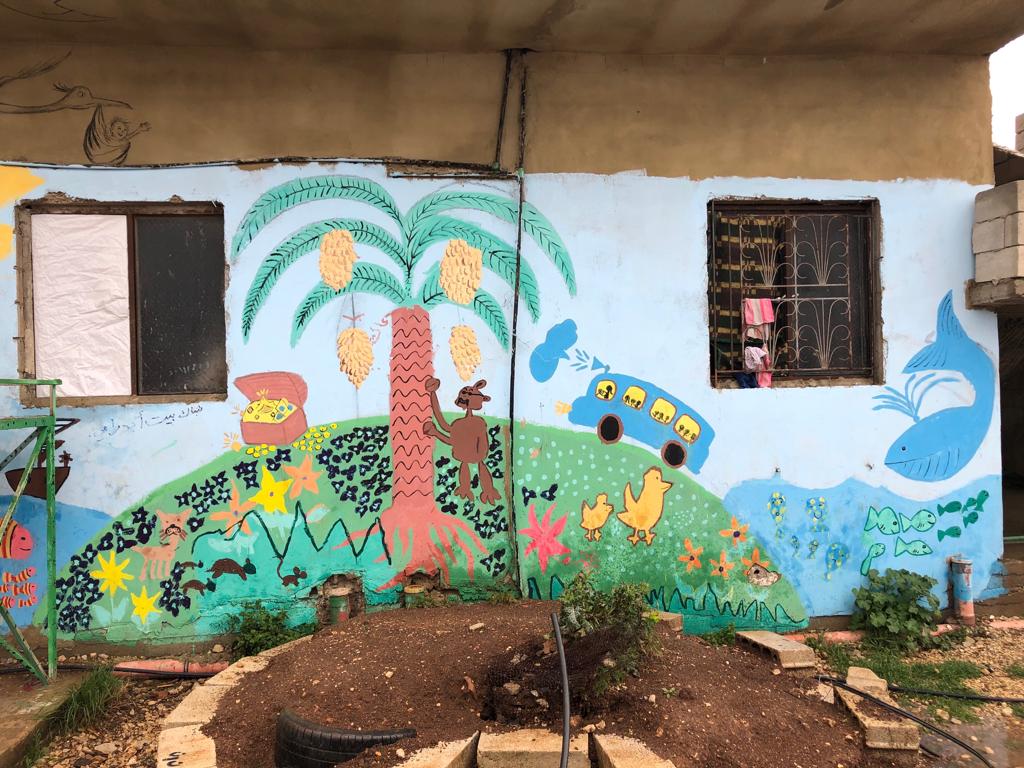 The project took place with Syrian refugees who predominantly came from rural areas around Homs. The refugee camps are located in Akkar, a border region in northern Lebanon. Since Lebanon is not a signatory to the United Nations Refugee Convention, it does not formally recognize any legal responsibility for the well-being of displaced people, which at times leaves a chaotic vacuum, filled by a mix of private landowners, state and non-state actors. 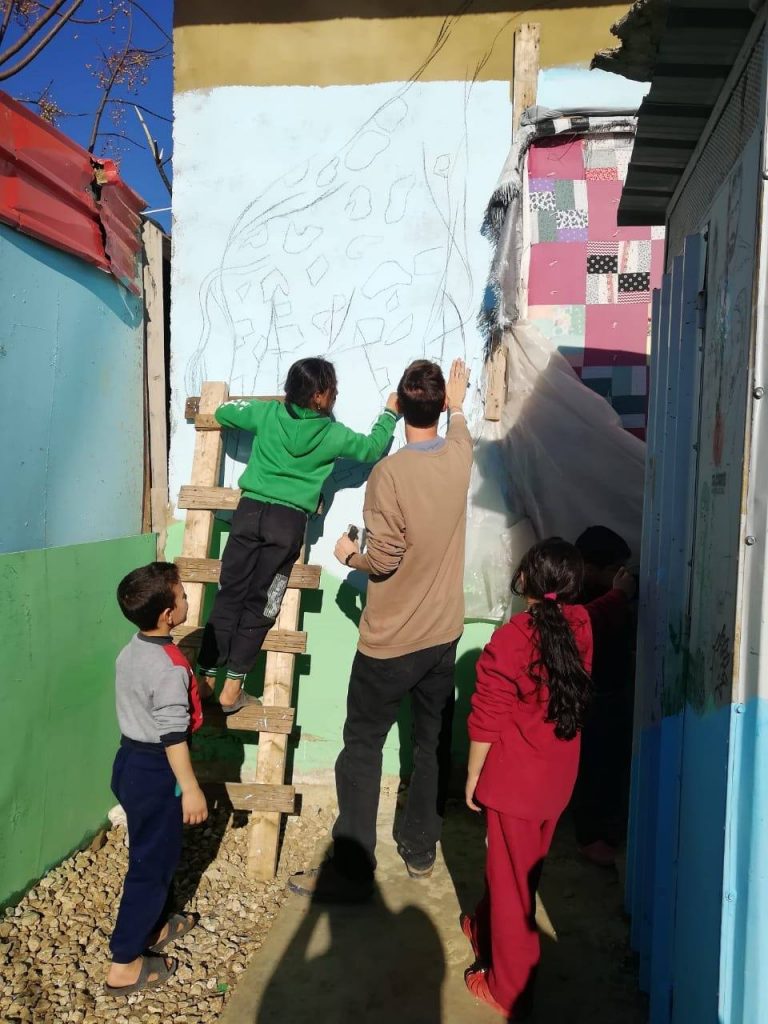 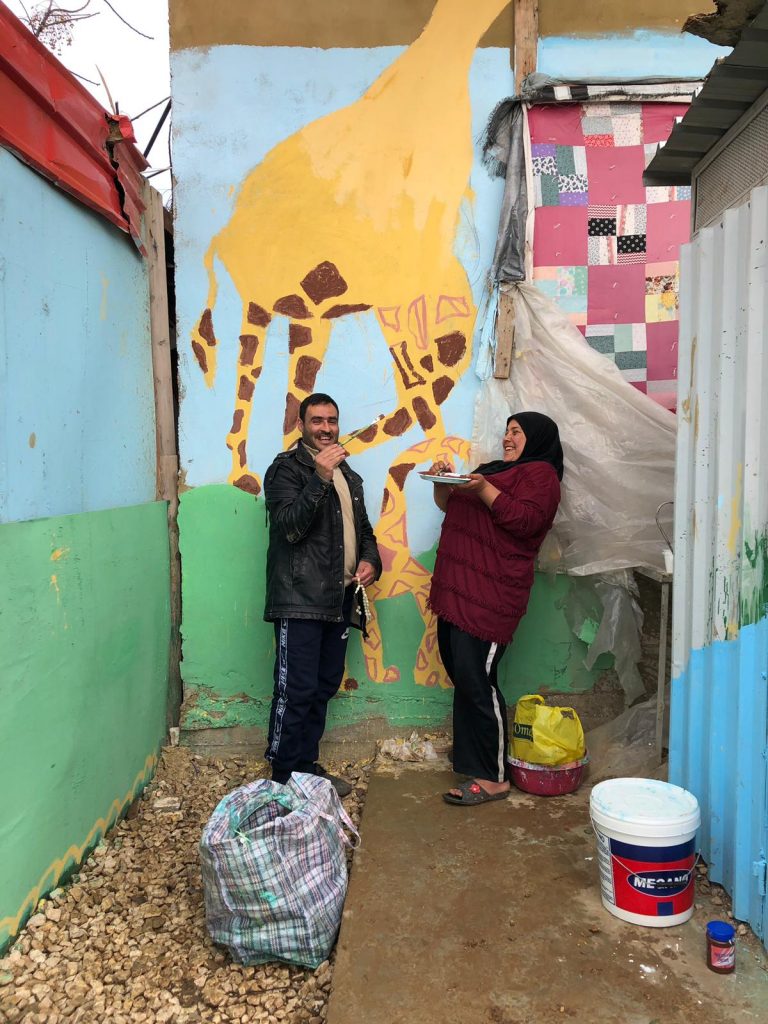 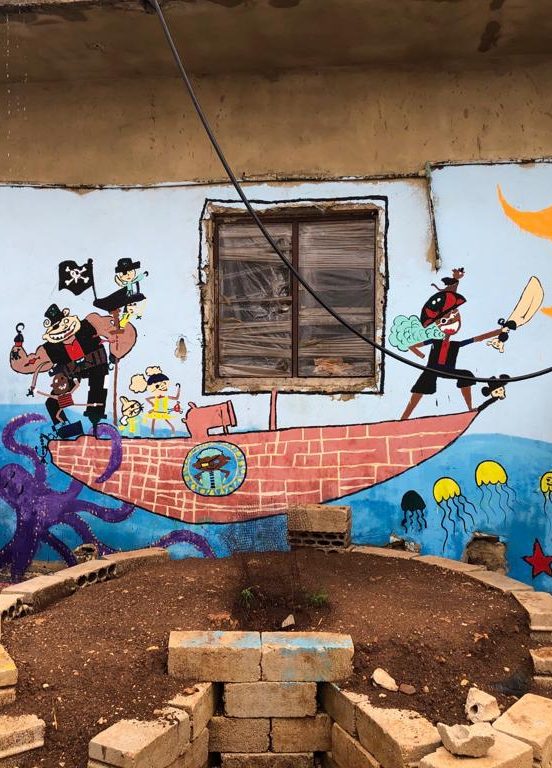 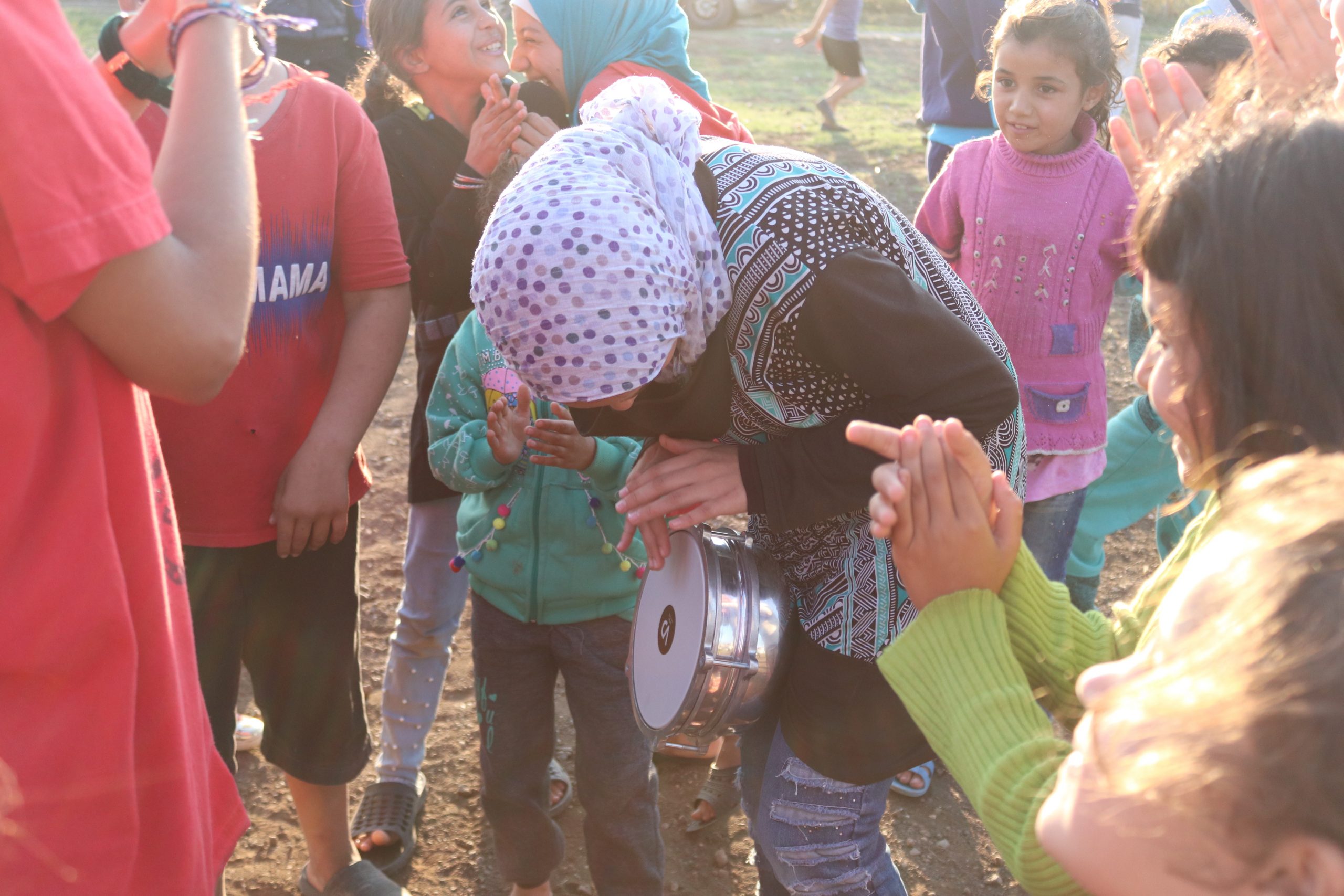 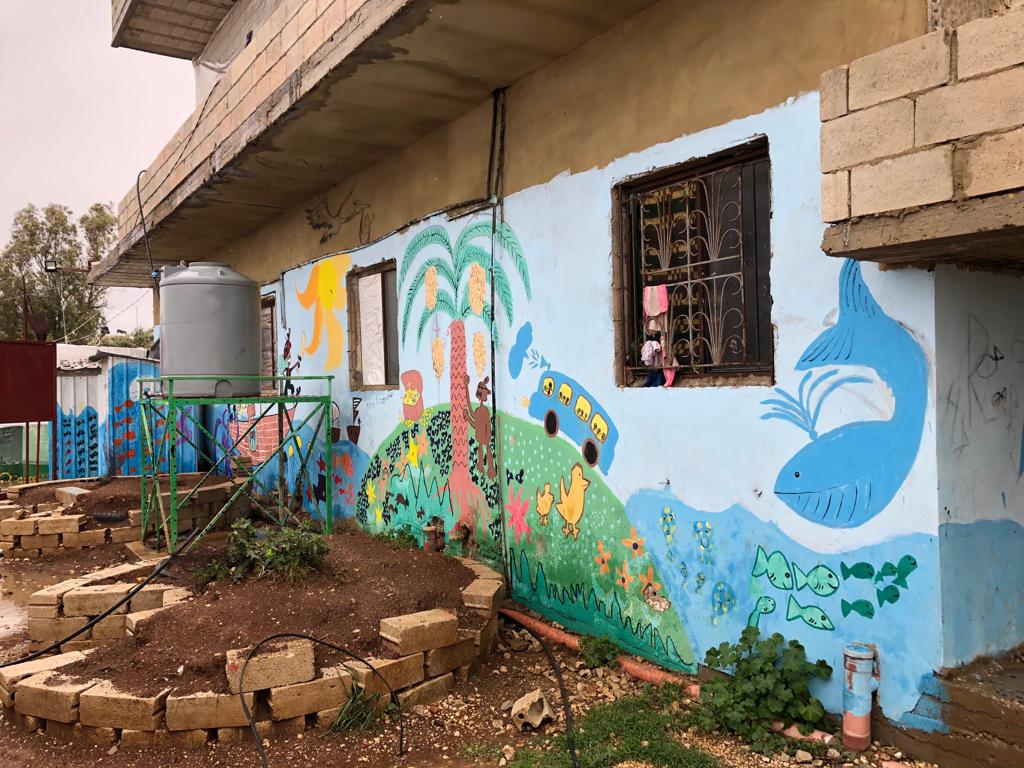 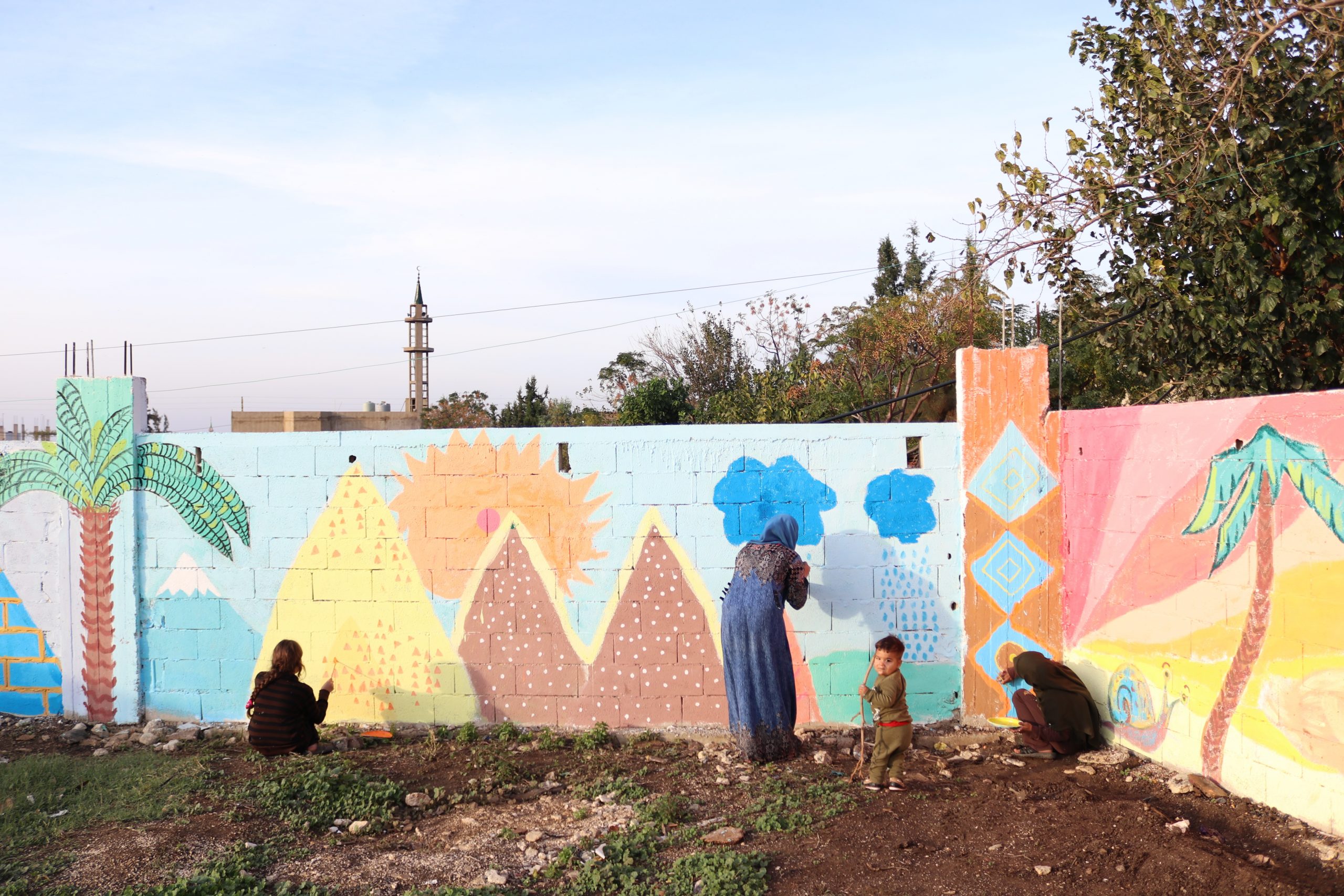 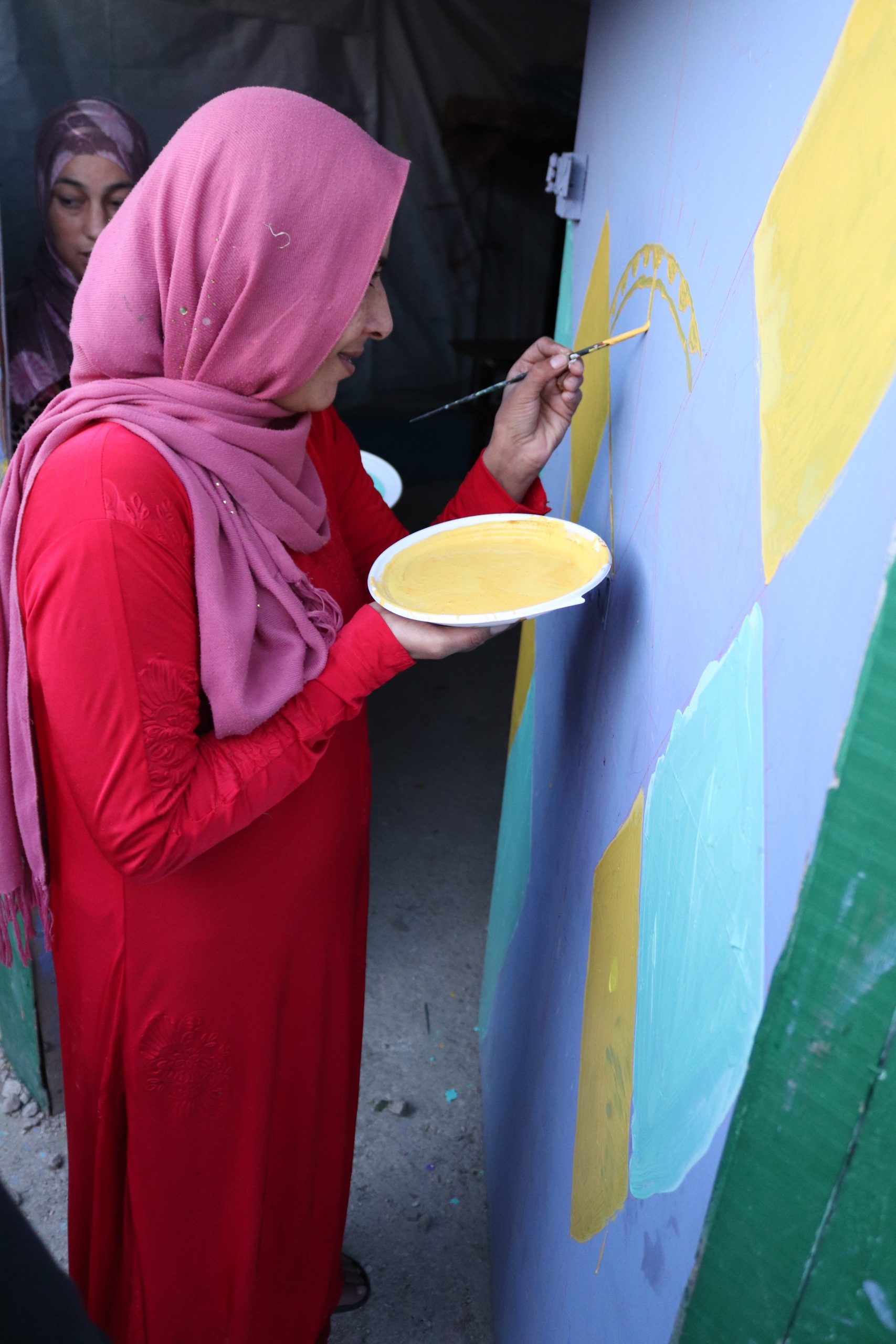 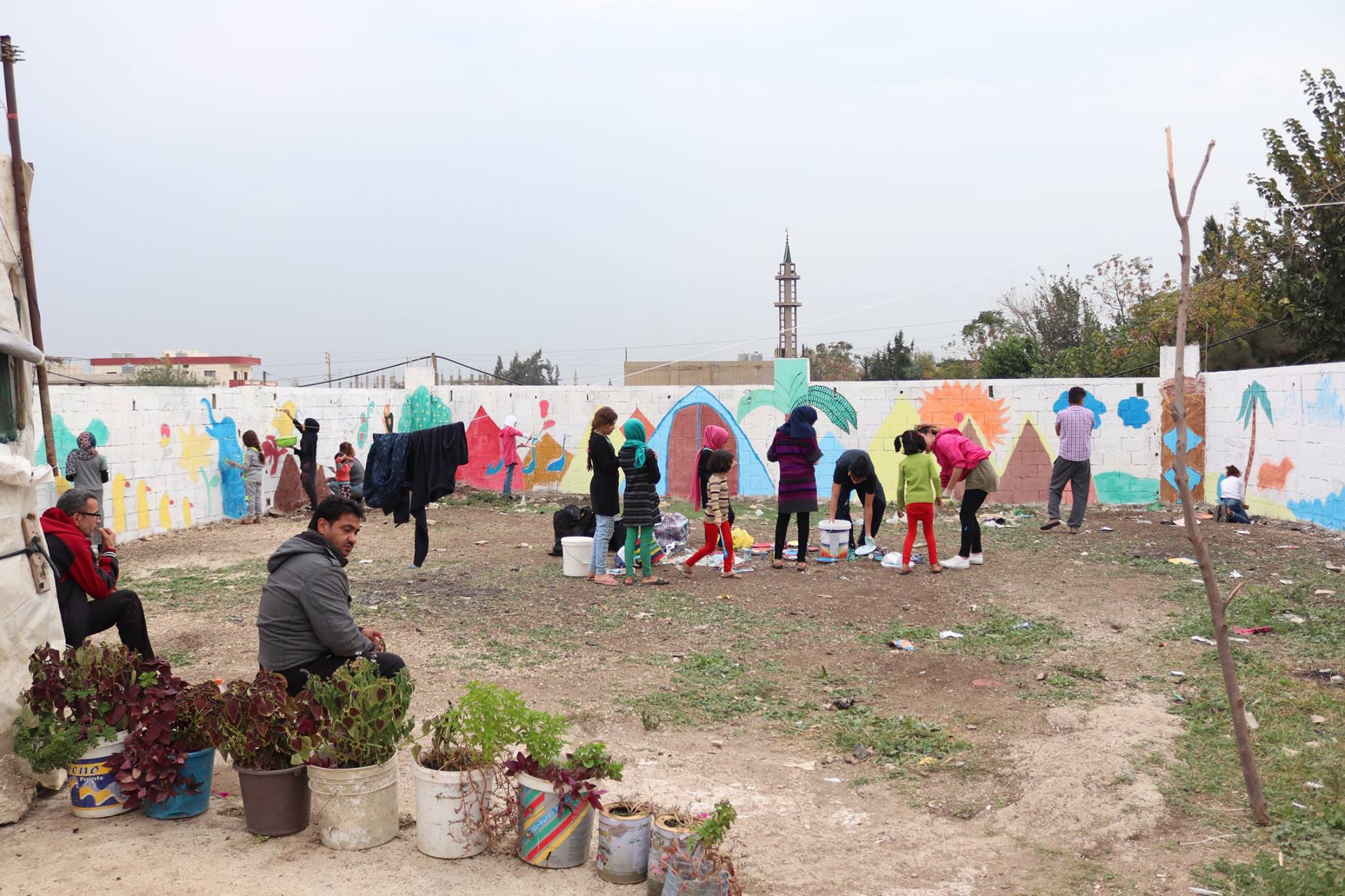 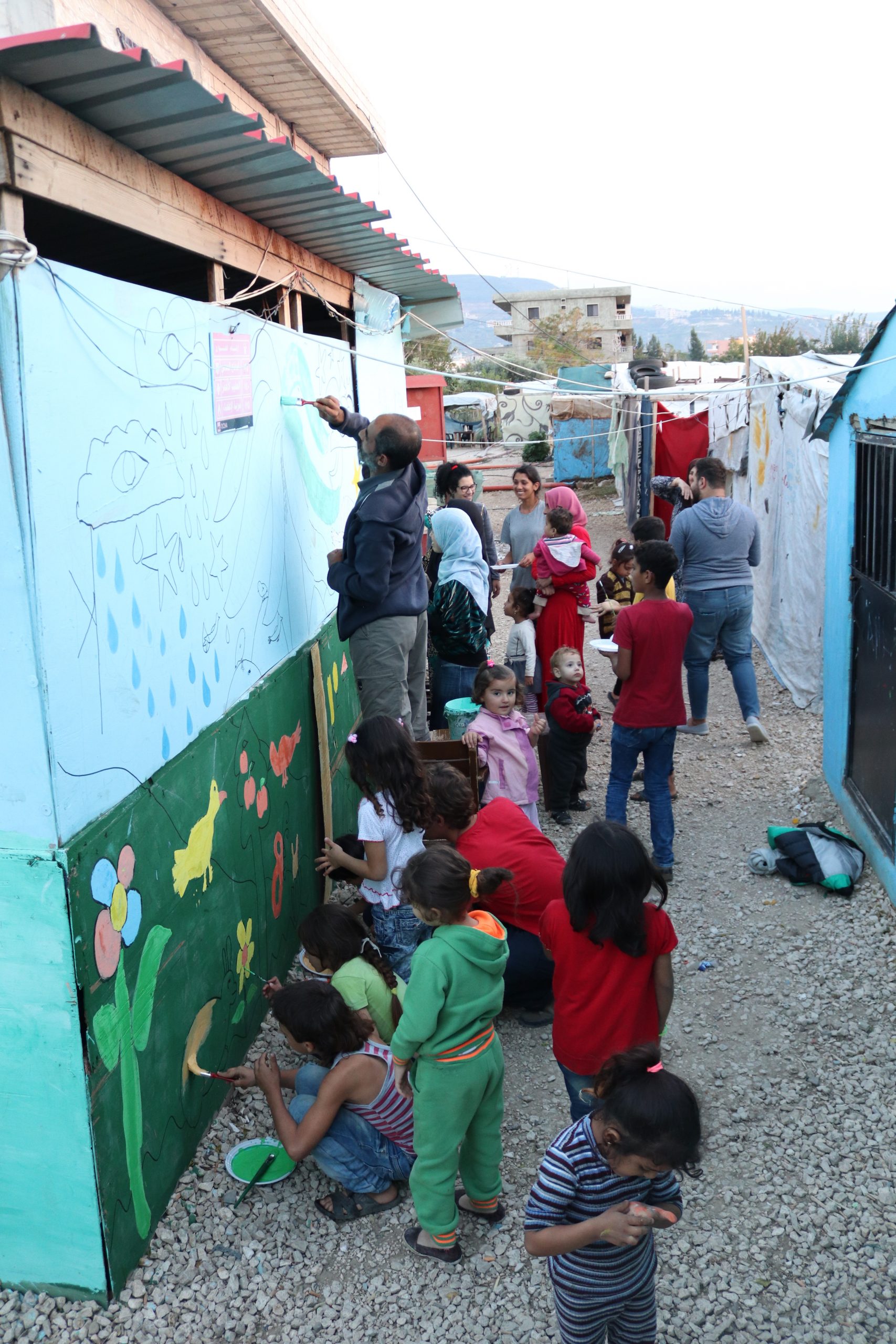 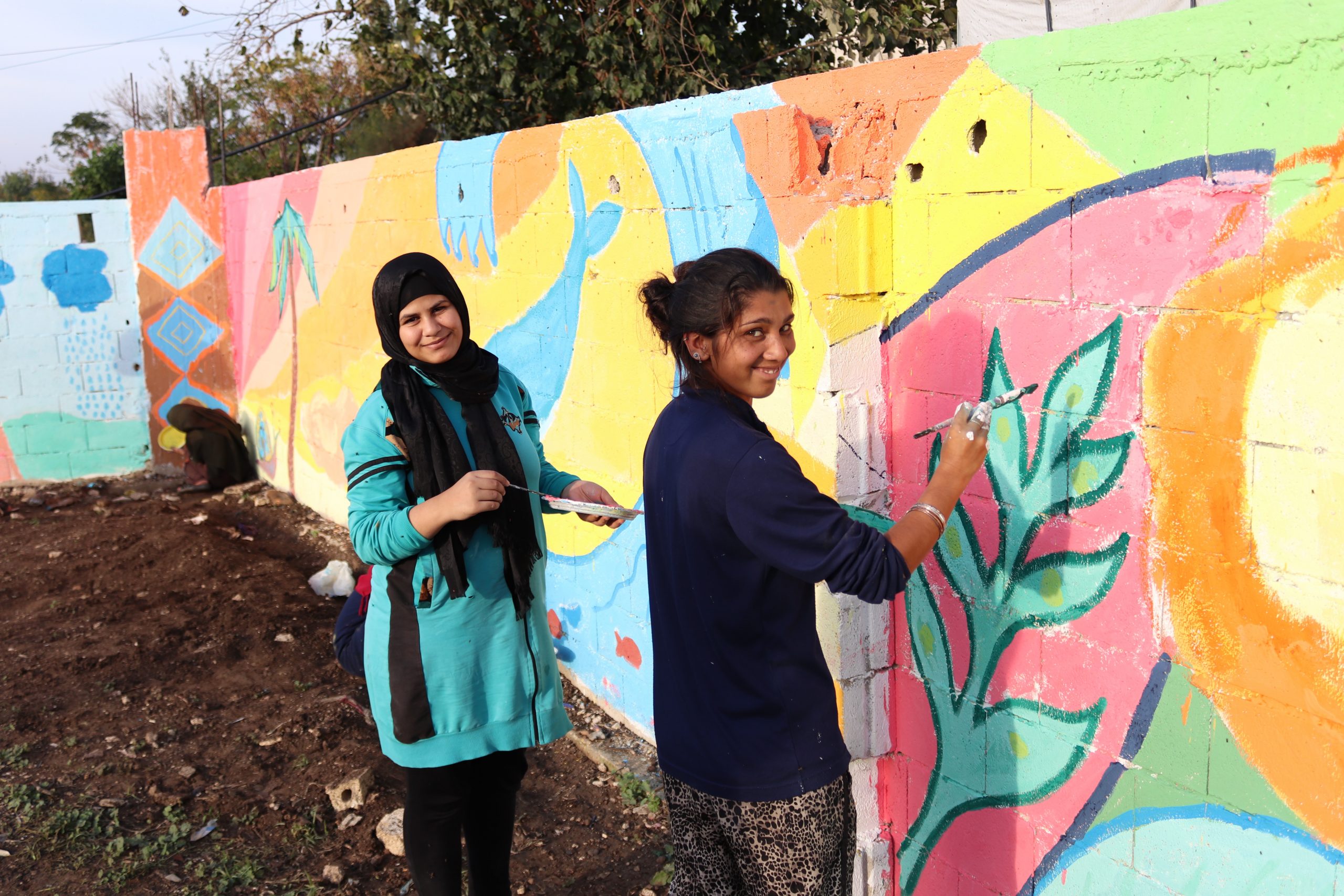 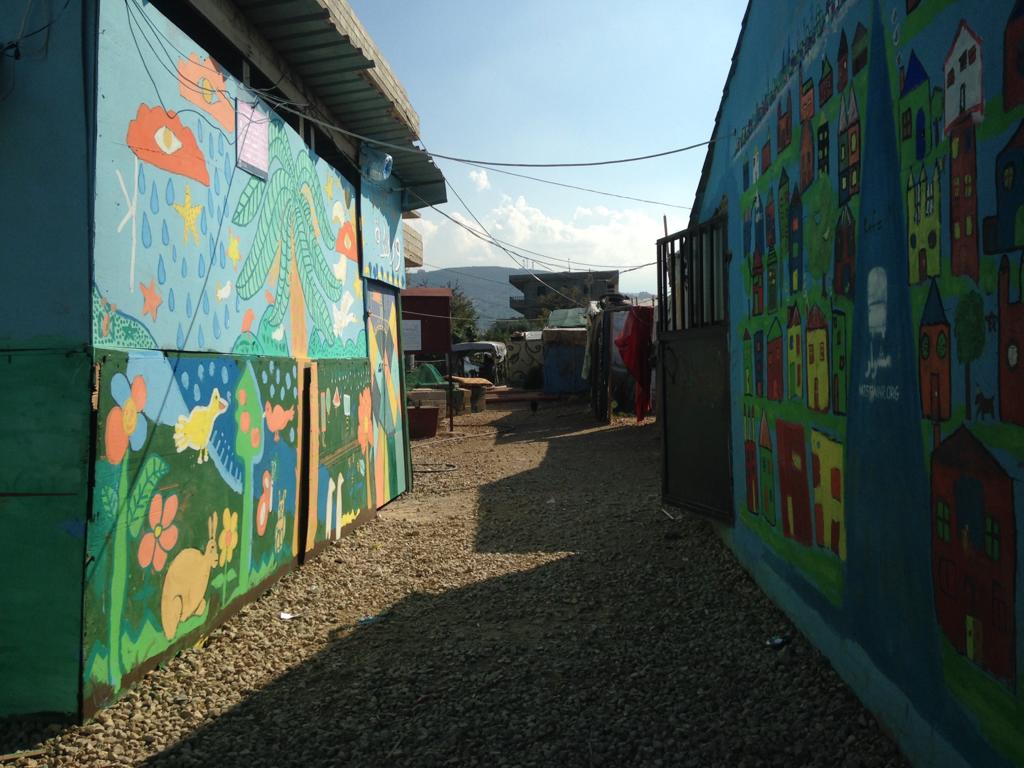 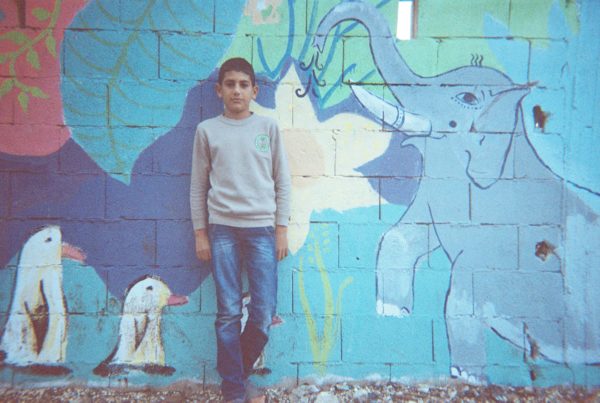