The Covid excuse to let migrants die at Sea 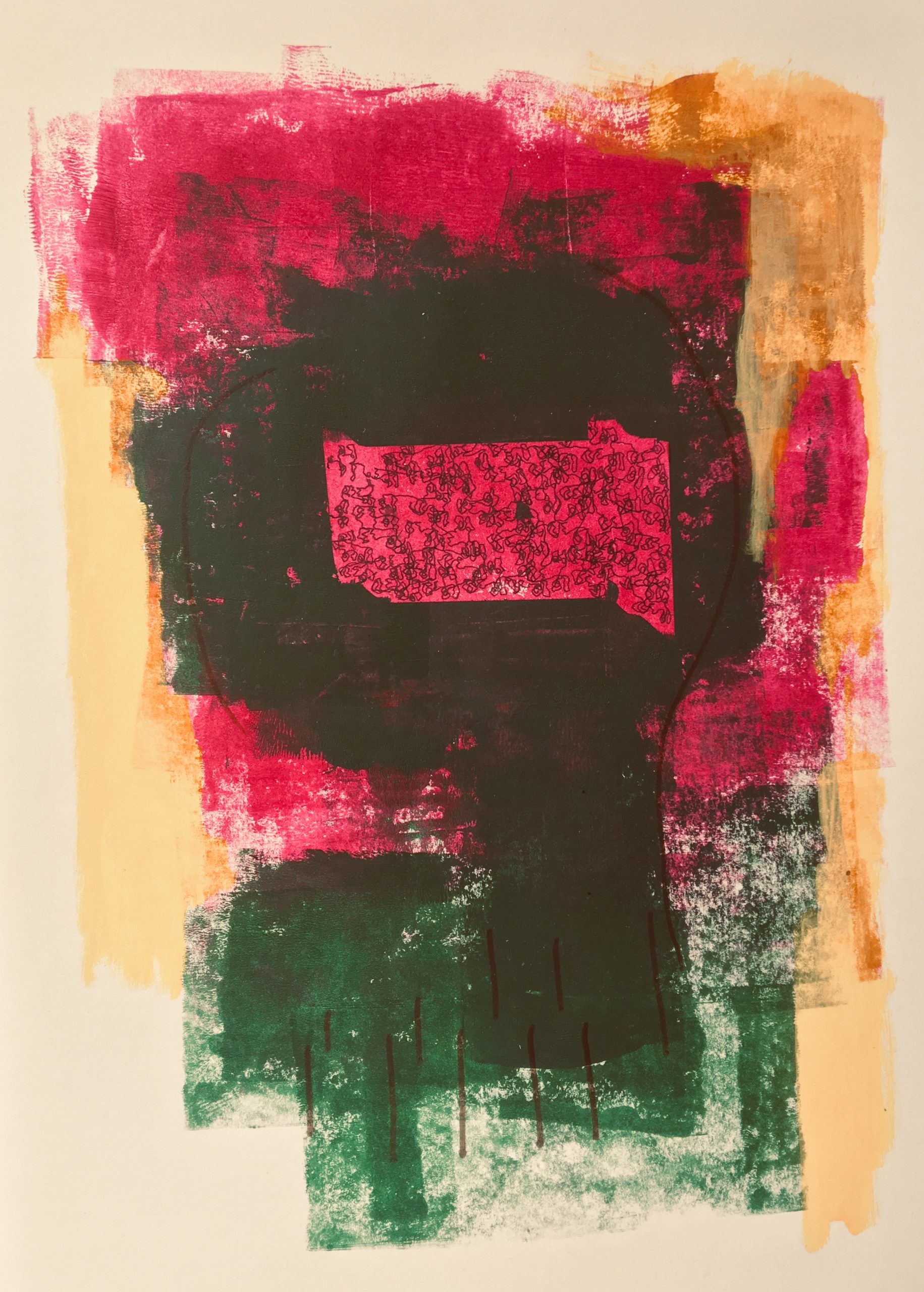 Illustration explained by the author Joana Maria Neves: The illustration is an abstract depiction of a pushback operation – the yellow and red in the picture being the water under Italian and Maltese authority, and the green being the Libyan Coast Guard, reaching out to surround the boat, which had already reached European waters. The boat itself is made by human faces, but you will only see them if you actually look carefully, an allusion to this whole situation – if you really care about the problem, you will see what it is lives of people at stake. The faces are drawn confusedly, representing the large number of people suffering from Europe’s blindness.

The coronavirus spread into Italy about one month ago. Early warnings from the authorities didn’t give the impression that the disease could bring with it thousands of deaths and, despite the reality in Wuhan, for several weeks we kept speaking about it as if it were just another seasonal flu.

At the end of February, my grandfather died. He was an old man, with comorbidity and terminal cancer. The doctors didn’t investigate too much further. But many other people died in these same weeks, and not all of them were old, or had a previous advanced chronic disease.

Soon after, the whole of Italy went into a complete lockdown. All of a sudden, everything stopped. And an issue that was dominating the news until the day before, disappeared from the general concern: the migration crisis. What would happen to it now that Italy was facing the coronavirus pandemic?

The nationwide lockdown didn’t only mean empty streets and empty bars. The humanitarian vessels operating in the Mediterranean have moored in Italian ports, put in quarantine after disembarking the last people they could rescue at sea. Civil aerial reconnaissance aircrafts are grounded. The Lampedusa hotspot has been locked into quarantine.

Despite the current health emergency in Italy, however, desperate departures from the northern coasts of Africa have not stopped.

On 14 March, the Alarm Phone NGO monitoring for distress calls at sea reported two distress cases of ships carrying more than 200 castaways in international waters between Malta and Lampedusa.

The majority (112 of them) had already been located by a Frontex aerial asset in the early morning, as reported by sources in Alarm Phone and documented by Angela Caponnetto, Italian reporter covering Lampedusa. The 112 on board spent about 48 hours at sea before being eventually rescued by Maltese authorities, 18 hours after receiving the Alarm Phone alert.

The remaining castaways were on a rubber dinghy in sight of the Maltese oil tanker ship Gineshli since the early morning. Alarm Phone recordings testify how migrants on the dinghy had been communicating with the tanker to ask for floaters and water.

Instead of coordinating with its tanker, Malta called up the Libyan Coastguard, guiding the Libyan vessel Ras Al Jadar to the second distress case of the day. The 46 people on board were intercepted and taken back to Libya when they were only 80 miles away from the Maltese coast.

It is not the first time that the so-called Libyan Coast Guard, reportedly made of armed militias trained in Europe and cooperating with EU border agency Frontex, are called in to perform illegal push-back operations inside European rescue-zones.

On the night of the 9 February, Aita Mari, the rescue ship of the Basque humanitarian organisation Salvamento Marítimo Humanitario, witnessed another joint operation between La Valletta and the Libyans happening in Maltese waters. Michele Angioni, the first officer on board the Spanish ship, said that the humanitarians offered to intervene, but the Maltese authorities ordered them to stay away from the case as a military plane, probably Maltese, was flying over the rubber dinghy.

A reconstruction of the events based on the testimonies of the people on board and collected by Alarm Phone shows how the Maltese Armed Forces, first to arrive on the scene, had purposely delayed the rescue operation so as to allow for the arrival of the Libyan coastguard to bring the dinghy back to Libya.

This operation, illegal under international law, was prevented only by the castaways jumping into the water once they had understood what was happening.

In November last year, The Times of Malta exposed a secret deal between Malta and Libya to prevent further migrant arrivals, a negotiation that involves coordinated intervention by the Armed Forces of Malta and the Libyan coastguard. A similar negotiation was already revealed taking place between Italy and Libya, when known Libyan traffickers were invited by the Italian intelligence for a round table in Sicily, in 2017.

The coastal countries’ reluctance to take responsibility is reflected by the purposeful delay in rescue operations, which now has no more witnesses, as the humanitarian assets are all blocked in quarantine because of the coronavirus emergency.

Non-assistance, purposive delays, and even pushback are becoming the new norm in the Maltese and Italian rescue zones, causing more disappearances and deaths, both at sea and in Libya. But at the times of coronavirus, there is no humanitarian presence at sea, which can monitor, denounce and counter these crimes.

The fact that so many people are still attempting to cross the Mediterranean despite the lockdown of European countries and the absence of NGO ships in quarantine is strong proof against those accusing NGOs of being responsible for the so-called migration “pull-factor”. Once again, it has become clear that the only thing driving this crisis is a push factor: the deprivation of the most basic human rights in the middle of a civil war in Libya. That’s why the coronavirus outbreak won’t stop people fleeing Libya and seeking asylum in Europe.

Even at the time of the coronavirus emergency, people fleeing Libya have the fundamental right to save themselves and demand asylum. The coronavirus pandemic should not trump on anyone’s right to live and escape violence and war. Aid coming to Italy to tackle the pandemic should also take into consideration the fact that Italy and Malta are still the safe ports for people fleeing the hell of Libya. They too, are facing this pandemic.

This article was first published on The Independent, on the 31st of March 2020.