SyriaLebanon: Dawn raids and the risk of return 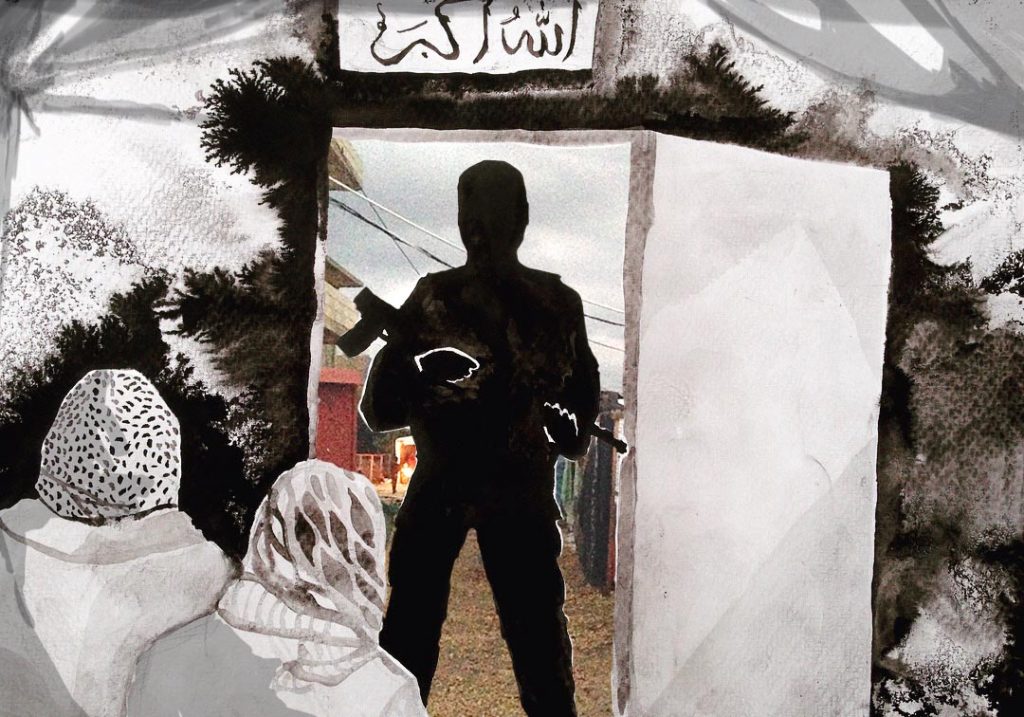 “They arrived at around 5:30 in the morning, with no warning, coming straight to take us from our tents while everyone was still asleep,” says Abu Raed, a 56-year-old Syrian from Homs.

He is one of the 32 Syrian men who were arrested by the Lebanese army in early February 2019, at the al-Anma refugee camp in Bebnine, a town in Akkar, Lebanon’s most northern province.

Even in regions where armed clashes and bombing have reduced, imprisonment, forced conscription, and a lack of basic primary services make safe return for Syrians premature.

Nonetheless, the situation in hosting countries like Lebanon has deteriorated so heavily that some people are returning.

The reasons for Syrian refugees to choose to return are profoundly personal, with family reunification, access to healthcare, and deteriorating living conditions in host countries being the leading factors.

Many families agonise over the decision, having to weigh up the risks of return with the risks of remaining, often with not much more than rumors and guesswork on the local developments of the war to inform their decision.

However, the debate around refugee’s return on a wider scale is a deeply contentious topic, increasingly used by governments and politicians as a tool to push forward a specific political agenda.

Most refugees are unwilling to return without a political transition and minimal guarantees of safety and livelihood.

At the same time, it’s hard to imagine how millions of Syrian refugees will be able to continue living abroad with reducing aid, opportunities and rights.

Restrictive policies in Lebanon and elsewhere might force refugees to choose between return to war-torn Syria and the re-opening of dangerous migration routes to Europe.

To know more on the situation of Syrian refugees in refugee camps in Lebanon, read through the Brush&Bow article series by Roshan De Stone and David L. Suber, in collaboration with The New Arab.

14 May, 2018 – A group of Syrian refugees in Lebanon is working to buid international support for ‘safe return zones’ in Syria amid ever-worsening living conditions, report Roshan De Stone and David Suber.

Article 2: Syrians in Lebanon compare risks of staying or leaving

16 October, 2018 – Restrictive policies in Lebanon and elsewhere might force refugees to choose between return to war-torn Syria and the re-opening of dangerous migration routes to Europe.

24 October, 2018 – The abuse faced by Syrian refugees is most commonly perpetrated by the poorest Lebanese, as the weight of hosting over a million refugees takes its toll.

07 November, 2018 – While many Palestinians displaced from Syria are reluctant to return, fearful of arrest and government repercussions, others are confident life there will be better than staying in Lebanon.

14 November, 2018 – Syrian women have borne much of the consequences of war. Now with one third of refugees’ households headed by females, many carry the dual responsibility of breadwinner and home provider.

11 December, 2018 – The sustainability of education for displaced Syrian children is threatened, as donors hesitate to predict how much longer refugees will remain in host countries.

Article 7: Syrian return: A matter of politics or humanitarianism?

26 December, 2018 – The debate around refugee’s return on a wider scale is a deeply contentious topic, increasingly used by governments and politicians as a tool to push forward a specific political agenda.

08 February, 2019 – ‘How can they still think there are terrorists hiding here?’