Displacement exposes refugees to a series of traumatic experiences: In our home countries we encountered wars, destruction, loss, fear, death, abduction, rape, and torture. Those who flee to neighbouring countries face violence, discrimination, marginalisation, poverty and life under very poor conditions. Others take a risky journey to Western countries with the hope of reaching safety, should they survive the crossing routes. Landing in a safe country might seem to some as the end goal for refugees. In fact, it is the beginning of another set of distressing challenges, first starting with the process of ‘claiming asylum’.

The process of getting through the last check point, waiting for asylum, leaves the immigrant stuck on the very margins of the host country on whose shores they have landed. Even though they are physically standing in a new territory, they are both legally and symbolically denied entrance to its ‘civilised’ society. 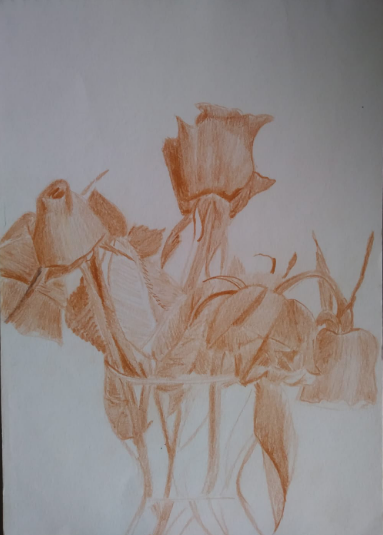 The inhabitants of Avnstrup camp where I was relocated had a twice daily ‘ritual’: Every day at ten in the morning and three in the afternoon, the asylum seekers would go to look at lists of names stuck to a huge window by the main entrance gate. The lists were names of people who had received a letter from the Ministry of Immigration. I enthusiastically adopted the daily ritual at the beginning of my time there; however, very soon, after realising this could go on for months or even years, I decided to skip this submissive pilgrimage which trapped you in a mental waiting game for the big revelation to come and generated a mantra: ‘getting a date for an interview’.

To slow down the gear of this obsessive ritual, I needed to be more creative and tactical in how to check my post without exhausting myself mentally or denying the inevitable yearning to receive the fate-shaping letter. I, of course, still had to return to the huge window; nonetheless how to do that without unconsciously turning it into a visit to a shrine? My best approach was to downsize my visit to the ‘shrine’ from twice to only once a day and preferably not during display hours. So, I went at the end of the day when it was less of a struggle to come close enough to do a quick browse.

Imagine how it must be for people stuck in the camps for years and years, some even more than a decade. With time, they might no longer visit a window, a wall or a door on a daily basis, but the awaiting and uncertainty about whether, where and when they might start a new life is in itself utterly brutal. The humiliation and psychological effect of waiting for a decision from the authorities in these open prisons is inconceivable. Undoubtingly, it takes displaced people many years to process it, if they can at all, and dump it away in the garbage bin of their exile history. 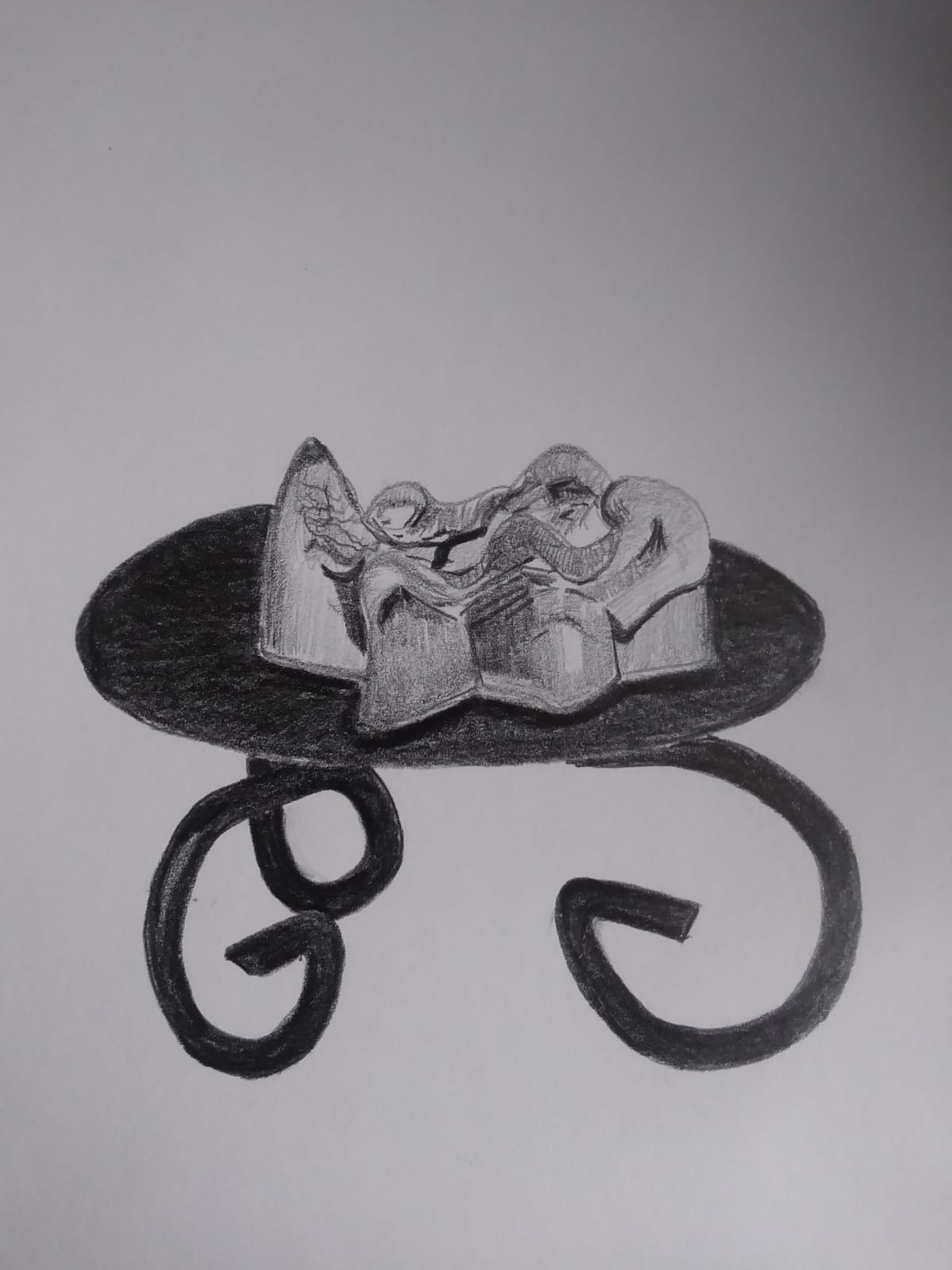 Finally, after waiting for more than a year a letter came with a date for an interview in Copenhagen. I was excited that finally something is happening, they are listening to my story. The first interview took several hours. I was exhausted. They told me I had to come back another day. After being interviewed for the second time by the same immigration officer, the last question they asked was which area I preferred to live in. Legally this is a question they have to ask people, but of course it typically doesn’t mean anything as they have to distribute new refugees across the wider country.

My biggest fear was being sent to one of the remote islands with very small communities who most probably haven’t seen anyone with even slightly darker skin tone than themselves. I didn’t want to be my new hometown’s ‘sort svin’ (black boar) – what the Danes call people who are not as pale as themselves. A small farming or fishing community on an Island where you eventually end up talking to the sea waves and the seagulls for many years to come. When you are accepted in any corner of the country, you are not allowed to move until you have spent three years.

I told the woman interviewer it is very important for me to live near Copenhagen University as it was in my plans to study there. I had already looked on the map and checked the train and bus connections to Copenhagen University and put three areas in my mind. I knew asking to live in Copenhagen is like losing one option of the three I had, because as a capital city finding accommodation was very difficult and the waiting list was at least 10 years. So, I chose the suburbs of Copenhagen and other nearer cities without knowing about their importance or prominence. When I gave the name of the first preferred city ‘Holte’ on my list to the officer, she and the interpreter burst out laughing. She explained “oh, I would also like to live there!” I didn’t have a clue why my suggestion amused them. Much later I realised that Holte was the most expensive city on the Costal Railway Line in Eastern Sjaelland where the most well-off Danes lived. 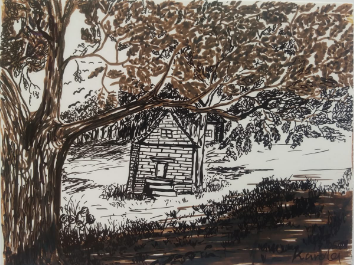 After a period of time I received a letter from the Immigration Office stating that they are going to process my case and it will take 3-6 months to get an answer. The letter was signed by the women who interviewed me. That was the moment that I felt even more anxious that the coming letter will determine my destiny. The decision letter could take me in two opposite directions. One would grant me asylum, which meant starting a new life in the new country; the other direction was a failed claim and the start of another chapter of the asylum-seeking process, granting you a new name, ‘The refused,’ for many many years to come.

Thinking that my life was in the hands of another young woman processing my case felt very weird. Like me, she was a young woman; most probably with friends and a family who cares for and loves her; someone who eats, sleep and bathes like me and will of course one day die like me as well! We both haven’t chosen our parents or the family or community we were born into, we are both the offspring of some accidental or engineered genetic encounter as well as numerous socio-economic and historic coincidences that have determined our positions in this living world at this very moment. The only difference between us was our power relation and our locations: She had power over me while I had none over her. I was powerless.

Can power and un-power have a dialog? Are they doomed to be opposites, facing each other rigidly or can they be bent and meet somewhere in-between so that we all have one power: an intermediate one that might lead to fairer societies? We were both making a piece of history which I am recalling now. I doubt if that women remembers what I write about now, as she was merely doing her job and had many cases for many years. Why would she remember me? I had only one asylum claim case, which was my own and was going to determine my life. Nonetheless, we were and are still interwoven in a complex web of connections. A gigantic entangled human network called global society. 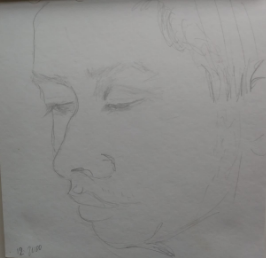 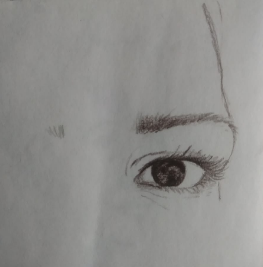 I felt I had to do something. Time was ticking and she was revising her notes. I felt powerless again, yet felt I had to do something even though inside I felt very vulnerable. How can I talk to her without giving the impression I was throwing myself at her feet? What about my pride and dignity? What if the conversation goes wrong? What if I get emotional and end up crying while she on the other side of the phone enjoys my humiliation and her power? What if she just puts down the phone or rudely ends the conversation? What if she gets so irritated at my call that it affects her decision to grant me asylum? Would my call have a negative impact on the case? What if …?

I kept thinking for many days with the letter open on my bed gazing at her direct phone number. Then I suddenly thought, if I am not allowed or supposed to contact her, why on earth did she provide her direct number under her name and signature? I got dizzy thinking and rethinking, caught in my ambivalence about whether to grab the phone and call her or await my fate passively. Should I let it go and she does whatever she decides to do without me having the final say? No.