Life between borders: Memories of Mahdia’s fishermen in Mazara

Written and illustrated by David Suber and Roshan De Stone.

We arrived to Mazara Del Vallo on the second day of Ramadan. The Kasba of Mazara, as it’s city center is still referred to with its Arabic name, hosts most of Mazara’s Tunisian community. Pockmarked with architectural remnants of North African culture, this was the first Sicilian city to be conquered by the Arabs more than a century ago (827 AC.), a detail that helps to explain Mazara’s palpable Tunisian influence. 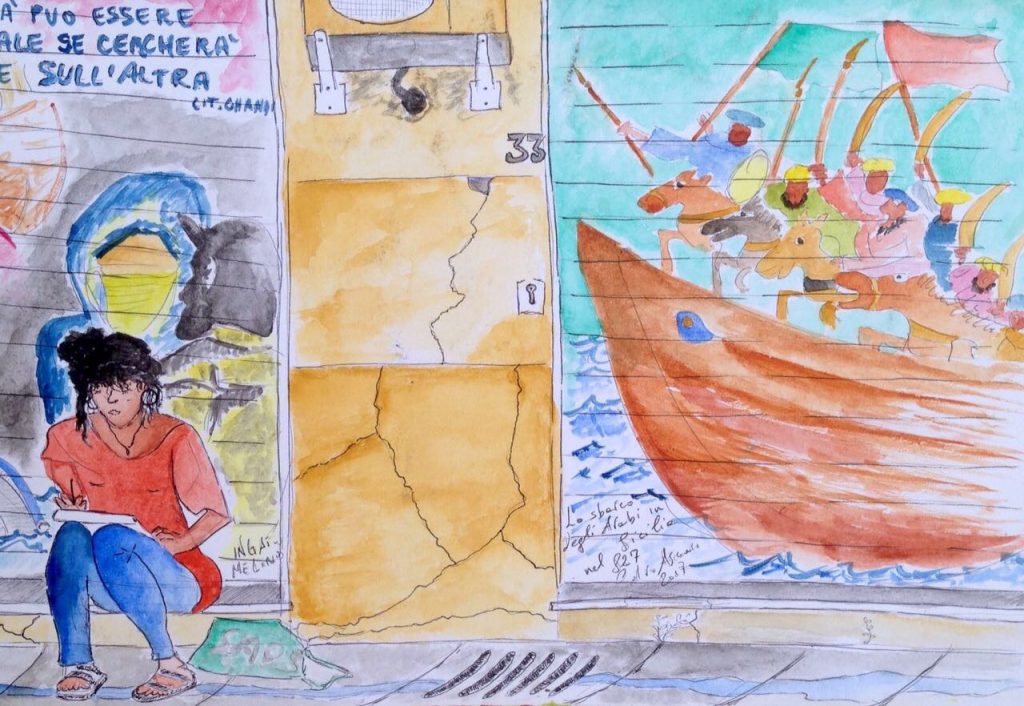 A graffiti in Mazara’s Kasba depicting the Arab invasion of Sicily. Illustrated by David Suber.

Walking past fisherman pulling crates of fish off their boats into the arms of bustling buyers, we sought respite from the heat and noise of the vendors competing calls in a small cafe. Here, the empty space was broken only by a lone curl of cigarette smoke spiralling from an ashtray. Two men emerged from the shadows: one sitting, shaded from view, the other standing, dusting empty coffee cups that hang along the wooden panels lining the wall. The latter’s neatly combed pony-tail stood in contrast with the deep wrinkles that lined his face, scars of sea-salt and sun. His name was Firas, a fisherman by trade from the Tunisian coastal region of Mahdia – where his family still remains. He was the owner of the cafe. 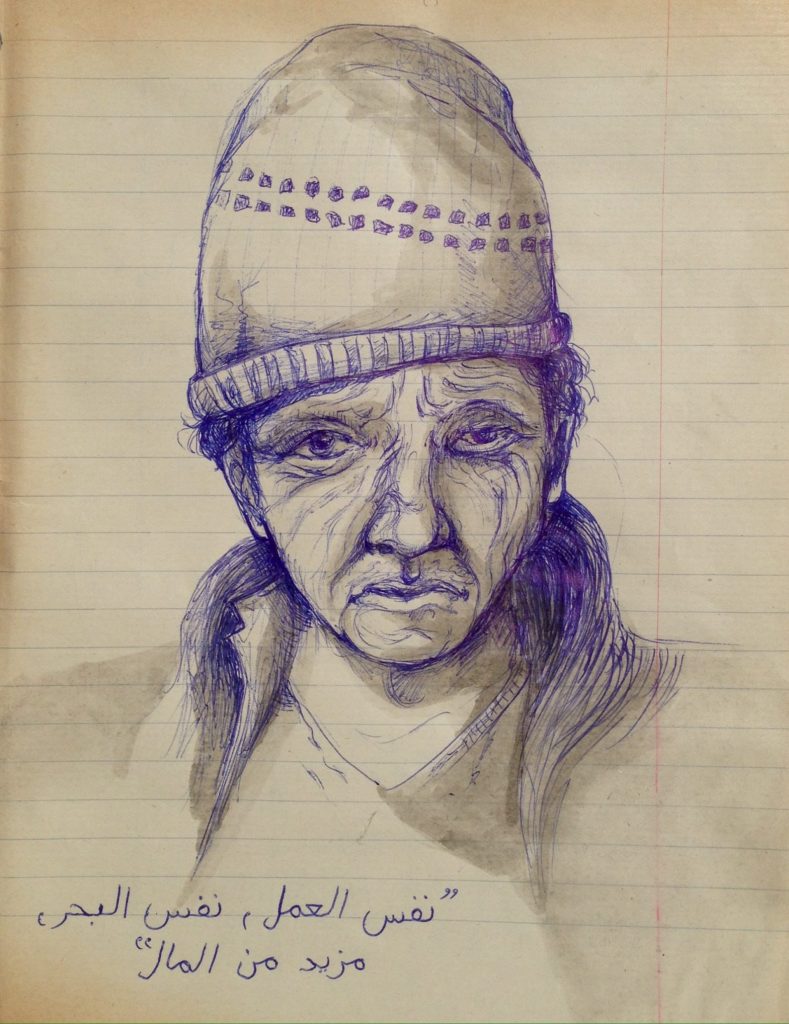 After thick coffee was served and a new cigarette lit, Firas started to tell us, in a mixture of French, Italian and Arabic, how he arrived to Italy from Tunisia. Back in the golden 1980’s, as young Sicilians migrated to the richer and industrial northern Italian regions in search of better prospects, Mazara’s fishery, in need of workers, called upon Tunisian fishermen.

“That’s why they called us in, to come catch their red prawns.” Traces of nostalgia weaved their way between a smile, momentarily lightening the furrows of weary that lined his face. He continued: “It wasn’t a bad deal… same job, same sea, more money.” Becoming more animated, he stepped further into his memory: “Red prawns were sold everywhere – ‘kull el blaed’ (‘every country’)…We were the most important fishing port in the whole of the Mediterranean”.

“Our prawns would be exported as far as Japan”. He paused to stub out a cigarette, gently allowing the mood to fall. “It is more and more difficult to find jobs now. Fifteen years ago we used to be 8 Tunisians out of 10 crew members, as only the captain and the pilot would be Sicilian”. Today instead, the proportion is turning around as many young Italians are in need of jobs and are guaranteed preferential treatment, as, among other things, nationals face no visa restrictions.

This is not the only issue at stake. The other man, Ahmed, who had been sitting silently in the shadow suddenly spoke: “The sea is also running out of fish.” Together they explained how the effects of intensive trawling combined with a lack of the seasonal subsidies the Italian government used to provide, had led to a sharp decline in red prawns and other fish in the sea. “There was no more work – that’s why I opened this cafe.” Firas gestured around the empty café and added with a quick smile, “this used to be full, even during Ramadan.” Framed photographs of a packed smokey room adorned the walls around us as memories of a time gone by. “But today, no one can afford even to get a coffee”.

In the ensuing silence, we asked Firas why he had decided to start a new business venture in Italy rather than return to his family in Mahdia. Ahmed spoke up quietly: “We worked for more than 20 years for the Italian government, paying our taxes, contributions and everything, but I still don’t have the certainty that I will receive my pension!” He paused, “how can I return without knowing if I will have enough money to feed my family?”

Despite the ease with which Firas and Ahmed had travelled and found work in Italy, their immediate future is complicated by the unclear bureaucracy ruling financial agreements on pensions and social provisions that Tunisians returning to Tunisia should be legally eligible for. Workers unions in both countries, still unable to challenge their respective governments on this issue, presently support returning Tunisian fishermen on a case-by-case basis, unavoidably leaving many workers unprotected.