I spoke with her eyes

A poem by Parwana Amiri

Parwana Amiri is an author, poet and activist from Afghanistan who is living in Greece since September 2019. Her poetry may seem softly written, but it contains hidden stories and bitter truths. With her work, she challenges the power of art and poetry to convey these bitter truths of the times. This poem describes the scene that she witnessed in front of her tent in Moria. There was another girl sitting who seemed different to Parwana and the other girls. She was silent, upset and it seemed as though she could not put trust in anyone. After some months being in their neighbourhood, Parwana managed to speak with this woman living with her and came to understand that she had lost her entire family during their journey to Greece. This poem is inspired by her and thousands of refugees like her who have faced the same trial. 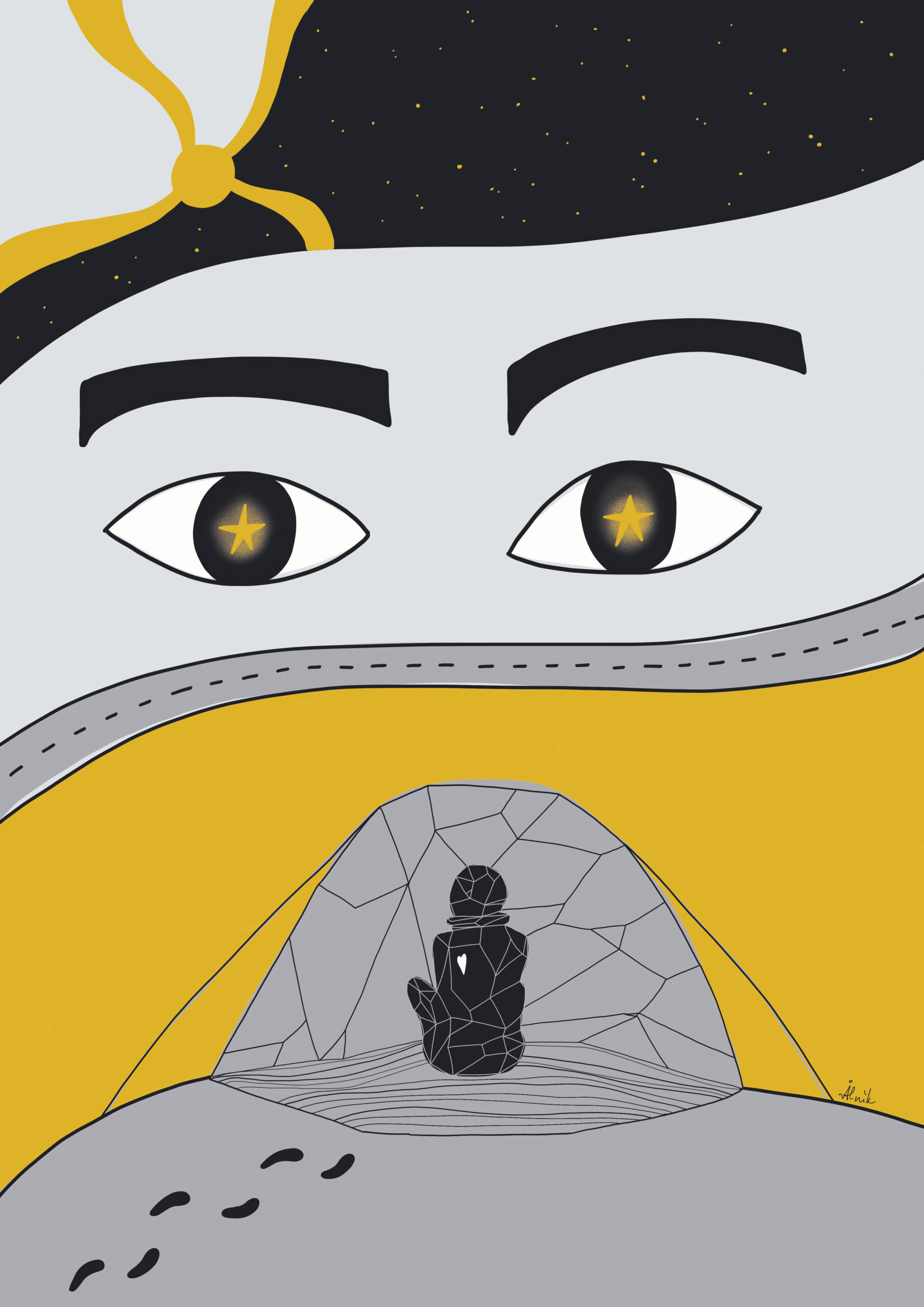 The illustration depicts in a stylised way the refugee girl who is sitting alone in her tent after her long way there. From the bright light of her eyes we can hear her words, her stories, pains and dreams.

I spoke with her eyes

She was silent, but thoughtful
She was alone, but brave
Full of words, but stifled, muted
I spoke with her eyes

I spoke with her eyes
I read her story and trials
A lost family . . . crossing the borders
She was a refugees girl

My condolences, to all those, who lost their beloved ones, crossing the borders on their flight to hope.