Dareen Tatour – Poetry is not a Crime 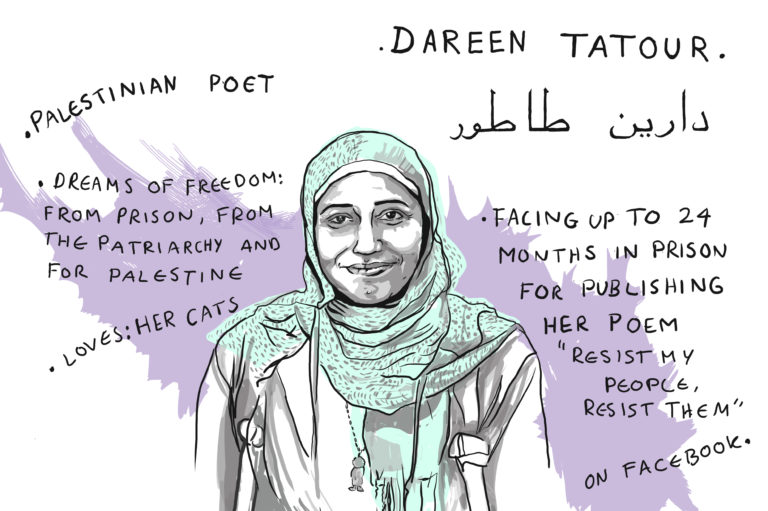 Dareen Tatour, is a Palestinian poet, currently facing up to 24 months in jail for a poem she published on her Facebook page. The hearing that will decide her fate was scheduled to take place on Sunday 24th June (this coming Sunday), however this week the court decided to postpone their decision by another month. She’s also a photographer, and an author, and has spent the last two and a half years under house arrest whilst waiting for the legal proceedings to come for an end. She was arrested in October 2015. She has already spent over three months in prison but continues to write poems and paint.
The things she loves most in the world are her cats (and she’s a vegetarian). She fired two male lawyers before deciding on her current lawyer (who is also Ahed Tamimi’s lawyer), Gabi Lasky- a strong female lawyer. Dareen dreams of freedom: from prison, from patriarchy and for Palestine. 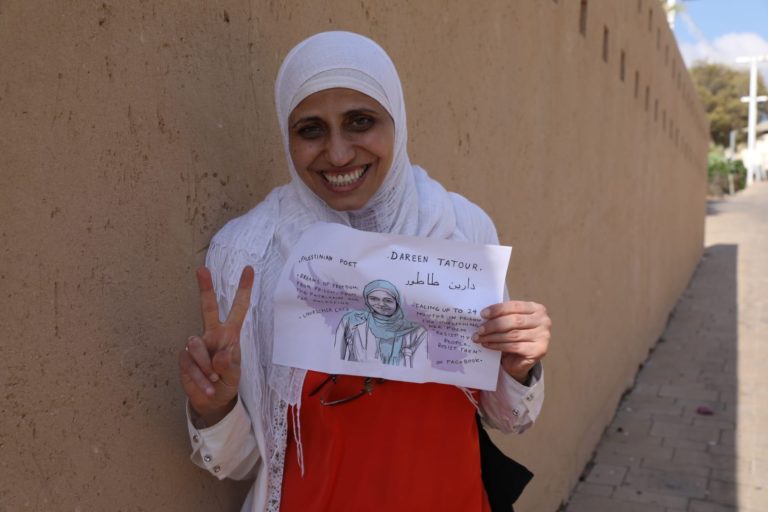 When she saw this image, she said the smile spoke to her heart (in direct translation). She’s amazing!