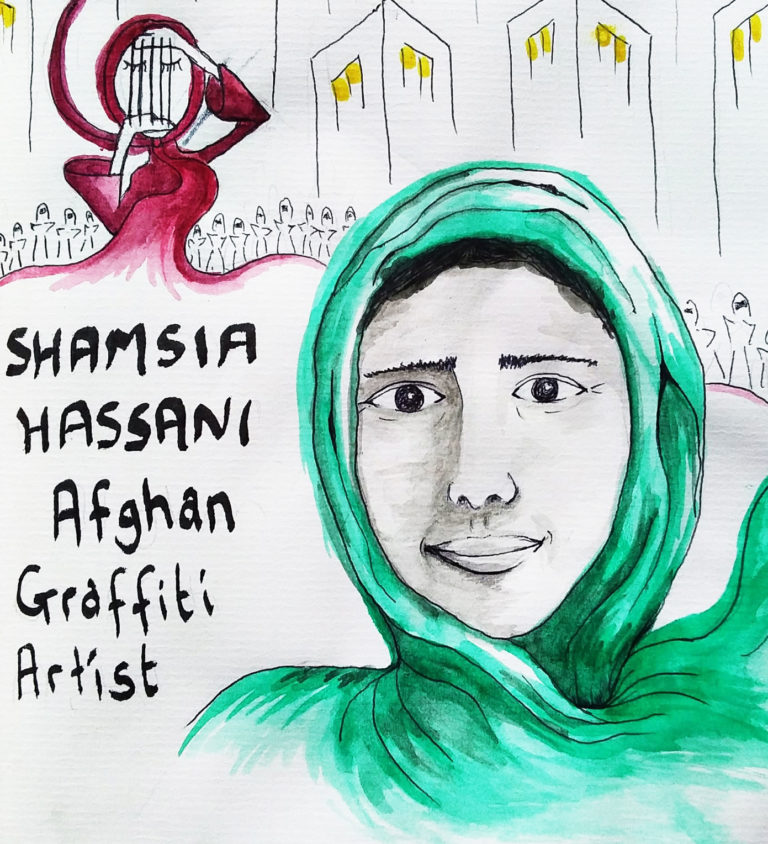 “The water can come back to a dried up river, but what about the fish that died?”

Shamsia Hassani is an Afghan graffiti artist and professor at Kabul University. Born as a refugee in Tehran in Iran in 1988, Shamsia returned to Afghanistan in 2005 wanting to have a positive impact on her country. She decided to use graffiti as a way to bring colour to the streets of Kabul, and try to cover up the negative reminders of the war. “I want to make Afghanistan famous for its art, not its war”.

As the first female graffiti artist in Afghanistan she has faced a lot of harassment, but that doesn’t stop her. Through huge murals of woman dynamically displayed across the streets, Shamsia’s work speaks of the struggle woman have faced in Afghanistan during and after the war. “I believe there are many who forgot all the tragedy women face in Afghanistan, so I use my paintings to remind people. I want to highlight the matter, with paintings of women bigger than they are in reality, and in modern forms, shaped in happiness, movement, maybe stronger. I want people to view Afghan women differently.” 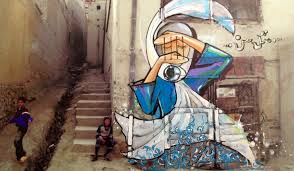 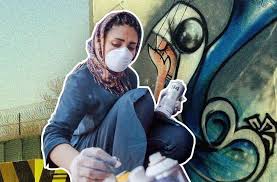 This series is in collaboration with Nomadways