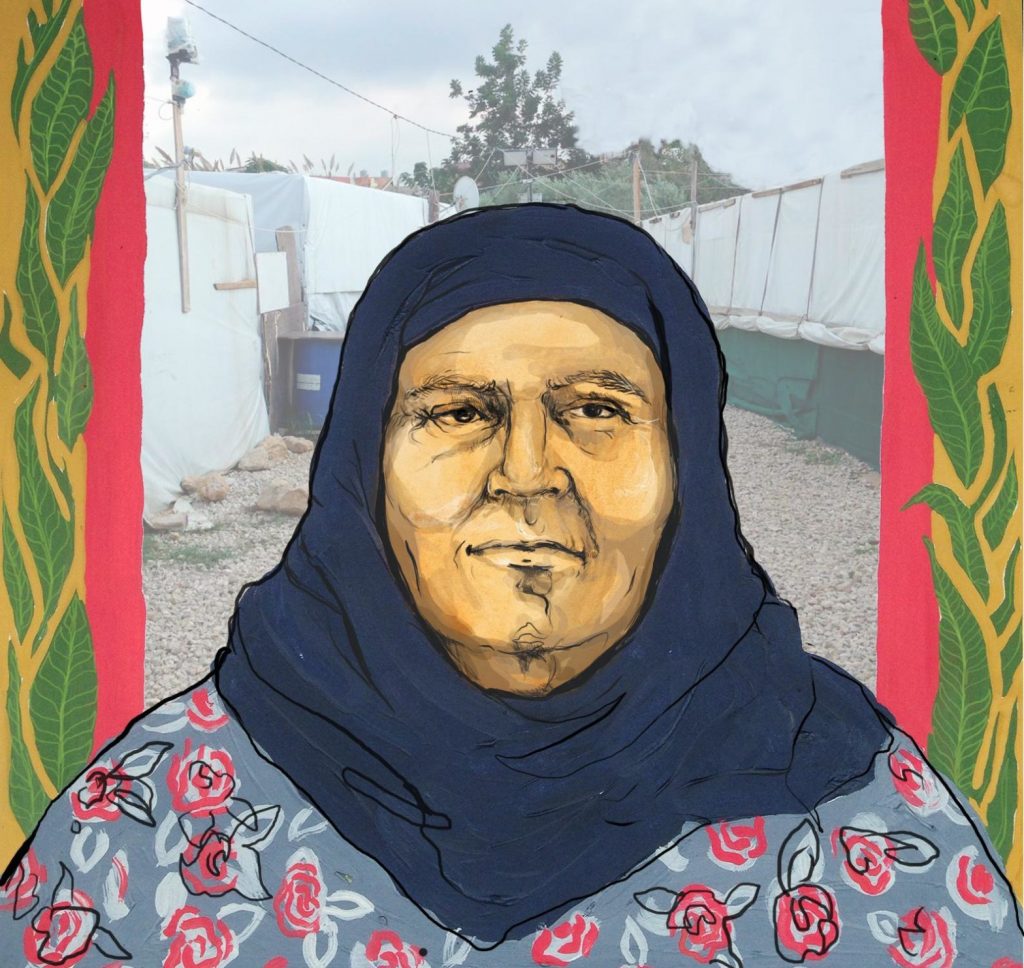 This is the seventh podcast of an 8-part series. It is an interview with Labeeba, a female Shawish of a Syrian refugee camp in Akkar, the northern-most region in Lebanon.

The word Shawish – a masculine word in Arabic – was traditionally used in Lebanon to refer to men who managed migrant labour in Lebanon. However, since the start of the Syrian war and influx of Syrian refugees in Lebanon, the word is now used to refer to the person nominated to act as a leader for each camp.

As there are no official refugee camps in Lebanon, each camp is built on land Syrian families must rent from Lebanese and landlords. To manage the relation between the Syrian residents of the camp, Lebanese landlords and NGO aid distributions, most camps choose a Shawish as a leader figure, responsible for making sure that all communal issues in the camp are dealt with fairly.

Most Shawish are men, and often rule the camp to their own advantage, taking a cut of peoples rent, syphoning off aid and controlling where people work.

However, just off the main highway that runs from Tripoli to Tartous is a camp run by a woman. Labeeba is a special if not unique case in the region, covering a position of authority which is nearly exclusively reserved to men. Further, the camp is also owned by a female landlord.

Interviewed by Radio Hakaya in the tent of her neighbor in their refugee camp, Labeeba tells Radio Hakaya of her role and duties, alongside other women from the camp who explain more about life in a camp run by women. Labeeba speaks of the hardships of being a female Syrian refugee, a narrative too often excluded from narratives about the situation of refugees in Lebanon.

Her experience represents only a fragment of the very complex puzzle of memories and positions Syrian women have of their displacement in Syria and their experience in Lebanon. As such, it should be heard in relation to the contents expressed in the previous and forthcoming podcasts.