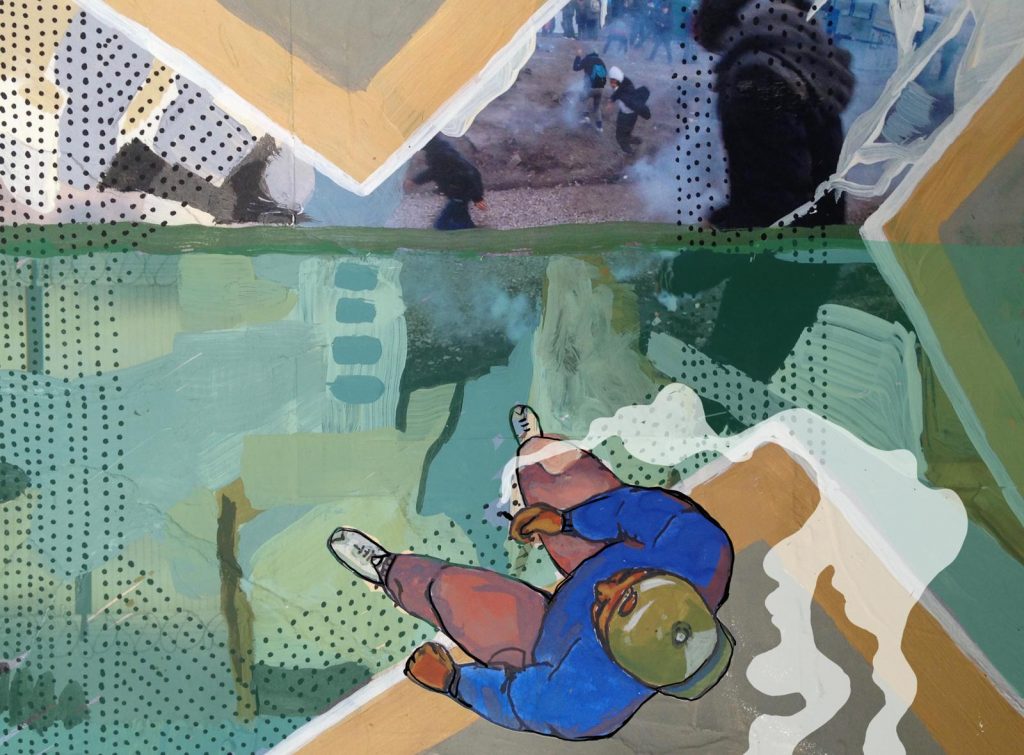 Radio Hakaya is a community radio project started by Brush&Bow in a refugee camp in north Lebanon. Radio Hakaya’s podcasts are with individuals whose communities have been directly affected by the war in Syria and the displacement of Syrians in Lebanon. Each podcast presents a subjective opinion that, combined with the rest of the series, provides a mosaic of differing perspectives and experiences of the reasons people left from Syria, the living conditions in Lebanon and what the future might hold.

This is the fifth podcast of an 8-part series. It is an interview with Majdi, the football coach of the Palestinian women’s team in Lebanon’s Shatila refugee camp. Born and raised in Lebanon, Majdi has never been able to return to his homeland in Palestine.

Shatila refugee camp was established by the ICRC in 1949 to accommodate the thousands of refugees who came from Palestine after the creation of Israel in 1948. Located on one square kilometer of land, and originally built for 3,000 people, the camp today struggles with overcrowding, exacerbated by an influx of Syrian refugees which brought the camp’s population to nearly 22,000.

From his rooftop apartment in the heart of Shatila, Majdi witnessed the gradual arrival of Syrian refugees in Lebanon, as the war in Syria raged on. As well as Syrian refugees, many Palestinians from Syria fled to Lebanon, going through a second displacement after the one that brought them to Syria from Palestine in 1948 and 1967.

Majdi explains how Palestinians living in camps across Lebanon have hosted new refugees with kindness and generosity, understanding only too well the meaning of war and exile. However, he also acknowledges the strain placed on host communities by the arrival of so many new people in a camp already overcrowded and lacking basic resources.

When asked about a Palestinian perspective on the war in Syria, Majdi points out that Palestinians have been divided on the issue. On the one hand, many Palestinians in Syria joined the Syrian uprising seeking reform and democracy. Yet at the same time many Palestinians both in Syria and abroad sided with the regime, seeing Syria as a protector and ally of the Palestinian cause.

Remembering the involvement of Palestinians in Lebanon’s civil war, Majdi argues that Palestinians should not take sides, but hope for a brighter and more peaceful future for all.

His experience represents only a fragment of the very complex puzzle of memories and positions Palestinians in Lebanon hold on the hardships of being both a hosting and hosted community. As such, this interview should be heard in relation to the contents expressed in the previous and forthcoming podcasts.