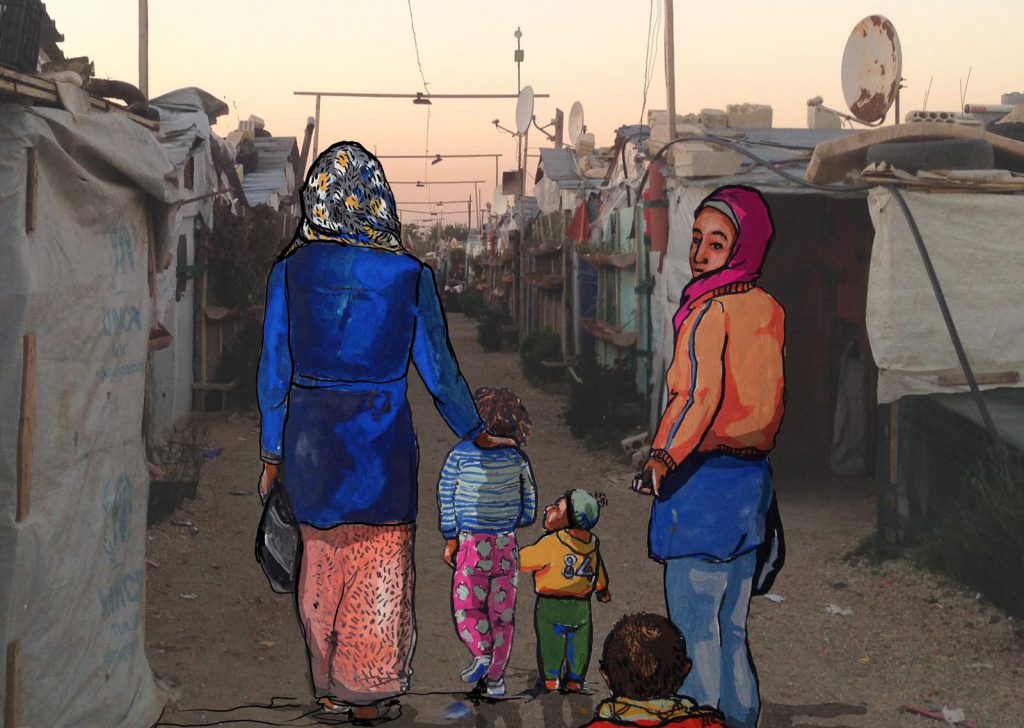 Radio Hakaya is a community radio project started by Brush&Bow in a refugee camp in north Lebanon. Radio Hakaya’s podcasts are interviews with individuals whose communities have been directly affected by the war in Syria and the displacement of Syrians to Lebanon. Each podcast presents a subjective opinion that, combined with the ones of other episodes, provides a mosaic of differing perspectives and experiences of the reasons why refugees fled from Syria, their living conditions in Lebanon and what the future might hold.

This is the fourth podcast of an 8-part series. It is an interview with Rayan, a 24-year old widow from Homs, living in a refugee camp in Lebanon’s region of Akkar, with her two small children.

Rayan speaks of the first demonstrations she witnessed in Homs in 2011, remembering how quickly peaceful protests escalated into civil war.

Married during the siege of Homs, Rayan explains the fear people lived under, noting how some men would get arrested just for having a name similarity. She tells the story of how she escaped Homs to follow her husband’s movements, from one city to another, until they finally decided to flee to Lebanon.

Rayan’s husband died a few months after arriving to Lebanon, consumed by a drug addiction. A widow at 21, she found herself raising two small children alone. Sitting in her tent for most of the day, she speaks of the impact war and displacement have had on Syrian women.

Her story reflects the collective sorrow of many Syrian refugees living in Lebanon’s camps, people whose lives have endured an eight-year long limbo that none imagined could last so long. Rayan’s story is a symbol of the resilience shown every day by so many Syrian women and men, both in Syria and abroad, waiting for a political solution to the war that is destroying their country.

Her experience represents only a fragment of the very complex puzzle of memories and opinions Syrian women in Lebanon hold of their present state and or the war in Syria. As such, it should be heard in relation to the contents expressed in the previous and forthcoming podcasts.