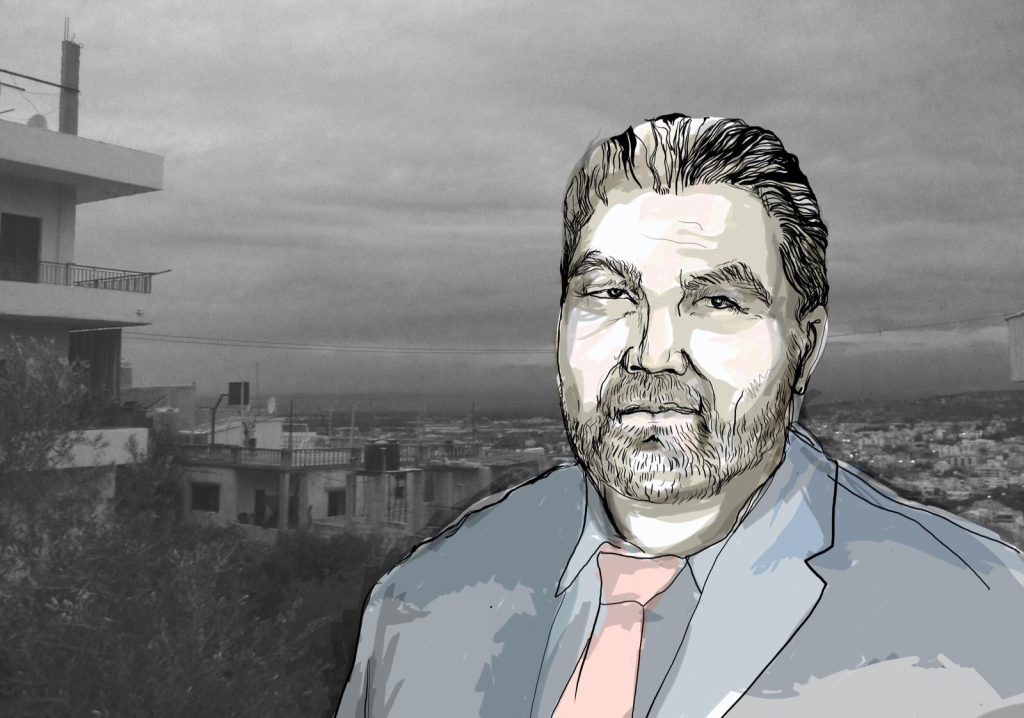 Radio Hakaya is a community radio project started by Brush&Bow in a refugee camp in North Lebanon. Radio Hakaya’s podcasts are with individuals whose communities have been directly effected by the war in Syria and the displacement of Syrians to Lebanon. Each podcast presents a subjective opinion that, combined with the rest of the series, provides a mosaic of differing perspectives and experiences of the reasons that people fled from Syria, the living conditions in Lebanon and what the future might hold.

This is the third podcast of an 8-part series. It is an interview with Tony Abood, the mayor of Minyara, a small predominantly Christian village in Akkar, the northern most province of Lebanon. Born in Minyara, Tony Abood has been the mayor of his town for more than 20 years.

His political career began when large parts of Lebanon were under Syrian occupation, an occupation that started during the Lebanese civil war, and lasted until the assassination of Lebanon’s then prime minister Rafic Hariri in 2005.

Remembering when half his village fled to Syria during the Lebanese Civil War, Abood reflects on the big-brother relationship Syria has with Lebanon and the paradox that, after having hosted Lebanese refugees, so many Syrians have now come to Lebanon to seek refuge from war in their country.

Abood is known for his harsh policies toward Syrian refugees: enforcing a 6 pmcurfew, evicting families and being a public supporter of the return of refugees to Syria – despite Syria not yet being safe for refugees to return.

Abood points to how Lebanon is not equipped with sustaining Syrian refugees any further, and that between the corruption and mismanagement of aid money by public office and agencies, a lot of international support has gone to waste. However, he is prone to overestimate numbers and statistics, doubling both the population of Syria and the number of Syrians in Lebanon.

Despite the crudeness of his opinions, it is important to hear what he says as it reflects a growing trend amongst politicians and public officials in Lebanon, who believe – despite recurring reports of arbitrary arrests, torture, disappearances and forced conscription – that Syria is safe for Syrians to return to, and that Lebanon has done enough for Syrian refugees.

Just as important to listen to what Abood has to say, it is crucial to note what he omits. He fails to consider that ‘Lebanese hospitality’ is also based on widespread and systematic exploitation of Syrians, and that where competition is getting harder for Lebanese workers, the reason predominantly lies with business owners in Lebanon who are profiting from the crisis, setting lower wages and often preferring to hire irregular Syrian workers for little to nothing than Lebanese regular workers.

His experience represents only a fragment of the very complex puzzle of memories and positions Lebanese society holds on the hardships of hosting such a high number of refugees in such a small country. As such, it should be heard in relation to the contents expressed in the previous and forthcoming podcasts.